Australian Researchers have assisted in detecting the brightest source of gamma rays photons in the sky, paving a new method to study these violent events.

In the deep past of our Universe’s history, a massive star in a spiral galaxy (much like our own Milky Way) greedily consumes all its fuel after its relatively astronomical short life and explodes in spectacular fashion. This star is so big, that its violent ends don’t cease the final act the star plays in the vicinity of its parent Galaxy – no, this is only the birth of the next phase of this star’s cycle. The cataclysmic event results in a blinding high-energy flash that races across the universe, giving birth to one of nature’s most mysterious objects - a black hole.

Australian researchers, forming part of a larger international collaboration of over 300 scientists, have discovered the most powerful high-energy explosion in the Universe, known as a Gamma-Ray Burst (GRB) in a Galaxy seven-billion light-years away. The event, known as GRB 190114C, took only a few seconds to produce the equivalent capacity of energy that the Sun creates over its 10-billion year life.

The Australian institutions involved as part of the collaborative ground-breaking research include the International Centre for Radio Astronomy Research (ICRAR), Curtin University, University of Adelaide and the CSIRO.

“Gamma-Ray Bursts are among the most powerful explosions in the Universe,” said Dr. Gemma Anderson, an astronomer from Curtin University’s node of ICRAR who co-authored the of the paper, which was published in the Journal Nature today.

“They are likely produced by a massive star being blown apart in a supernova, with the resulting explosion leaving behind a black hole,” she said.

“A typical burst releases as much energy in a few seconds as the Sun will in its entire 10-billion-year lifetime.”

What Are Gamma-Ray Bursts (GRBs)?

We see visible light, which is only a very small section of the electromagnetic (EM) spectrum. The remainder of the spectrum ranges from long radio waves that carry the least amount of energy, through to Gamma Rays – which are packed with high energies.

Whilst unrealised, we often interact with most of the EM spectrum on a daily basis. When listening to the radio, using Wi-Fi or on your mobile device, radio waves are being used. When reheating food, we are using microwaves (in microwave ovens). When feeling the heat from the Sun, our skin as a sensor is receiving infrared waves – and if we remain outside for too long in the Sun, the ultraviolet radiation causes us to tan. Our eyes see the visible light portion of the spectrum – and when we visit the dentist, we utilise x-rays to see inside our bodies.

Our atmosphere mostly blocks out the x-rays and gamma-rays received from the Sun and from space and only allows certain wavelengths of the EM spectrum to reach the ground – which is a good thing – these rays are dangerous to life on Earth, especially ionising radiation that ranges from UV light and upwards in the spectrum. For most of the time, we don’t interact too much with these high-energy segments of the EM spectrum, although there are telescopes set up around the world which continually look up at the sky for the shower of charged particles that decay of a gamma-ray hitting the top of Earth’s atmosphere.

GRBs are astrophysical explosions whose emissions are in the highest region of the electromagnetic spectrum – the Gamma-Ray region, meaning their wavelengths are very small and energetic. The emissions from GRBs occur in two stages: the first called the ‘prompt-emission phase’ in which the photons are blasted along two jets emanating from the event and the second is the ‘afterglow phase’ in which the shock wave from the event collides with the surrounding interstellar material causing it to ‘glow’ at certain wavelengths.

“The bursts themselves usually only last a few seconds,” said Dr. Anderson.

“But they have an afterglow that can be observed by telescopes like MAGIC for several minutes, and by radio telescopes for months or even years,” she said.

The detection of GRB 190114C was triggered by two space-based gamma-ray satellites – the Neil Gehrels Swift Observatory and the Fermi Gamma-ray Space Telescope on 14 January 2019. Within 22 seconds of detection, astronomers around the world received an urgent telegram advising them of the coordinates of the event.

The twin gamma-ray specialist telescope, known as the Major Atmospheric Gamma Imaging Cherenkov (MAGIC) telescopes, immediately reacted and within 27 seconds the two 64-tonne telescopes were pointing towards the region of the sky where the event occurred.

MAGIC is located 2,200m above sea level in La Palma on the Canary Islands in Europe and in the first seconds after the observation began, it detected photons from the afterglow that clocked in at 0.2 and 1 teraelectronvolts (TeV), roughly equivalent to the amount of energy released by the Large Hadron Collider, the world’s most powerful particle accelerator.

“The telescopes were able to observe the burst within 50 seconds of it appearing in the sky,” said Dr. Ramirez Mirzoyan – MAGIC collaboration spokesperson.

Dr. Anderson said it is the first time such high-energy radiation has been detected from a gamma-ray burst.

MAGIC is an international collaboration involving 165 researchers (physicists and engineers) from 24 research institutions in 11 countries.

To localise where GRB 190114C was in the universe, in addition to finding out more details about its properties, Dr. Anderson commenced observing the afterglow of the violent event using the CSIRO’s Australian Telescope Compact Array (ATCA) – a network of six linked 22m telescope dishes located just outside Narrabri in NSW.

Five of the dishes at ATCA can be moved along a railway track that allows the telescopes to work as a larger, single dish with greater aperture. Reviewing the data from the ATCA, along with other information about the event, Dr. Anderson said the high-energy light was likely caused by the blast wave of material from the gamma-ray burst hitting the surrounding environment.

“The photons probably weren’t generated in the explosion itself,” she said.

GRB 1901114C was observed in multiple wavelengths by not only MAGIC and ATCA but other Earth and space-based telescopes, and for the first time proved the existence of the synchrotron self-Compton (SSC) afterglow – a process where electrons accelerated by the shock wave that collides with the interstellar medium to produce synchrotron radiation, can sometimes bump into these photons and scatter them – resulting in these scattered photons having energies above 100 gigaelectron volts (GeV).

A key prediction of the SSC mechanism is the afterglow ‘spectrum’ containing two bumps in the spectral energy distribution – the first bump representing the synchrotron photons and the second the SSC photons. This is commonly observed in high-energy jets emanating from supermassive black holes, which were observed in GRB 1901114C.

With the discovery of GRB events generating photons with energies above 100 GeV – a new high-energy spectral window opens up for astronomers and researchers to explore the universe with, awaiting new discoveries and secrets of the most powerful and violent events to pepper the universe to be revealed.

The paper, titled 'A very-high-energy component deep in the γ-ray burst afterglow' is currently available on Nature 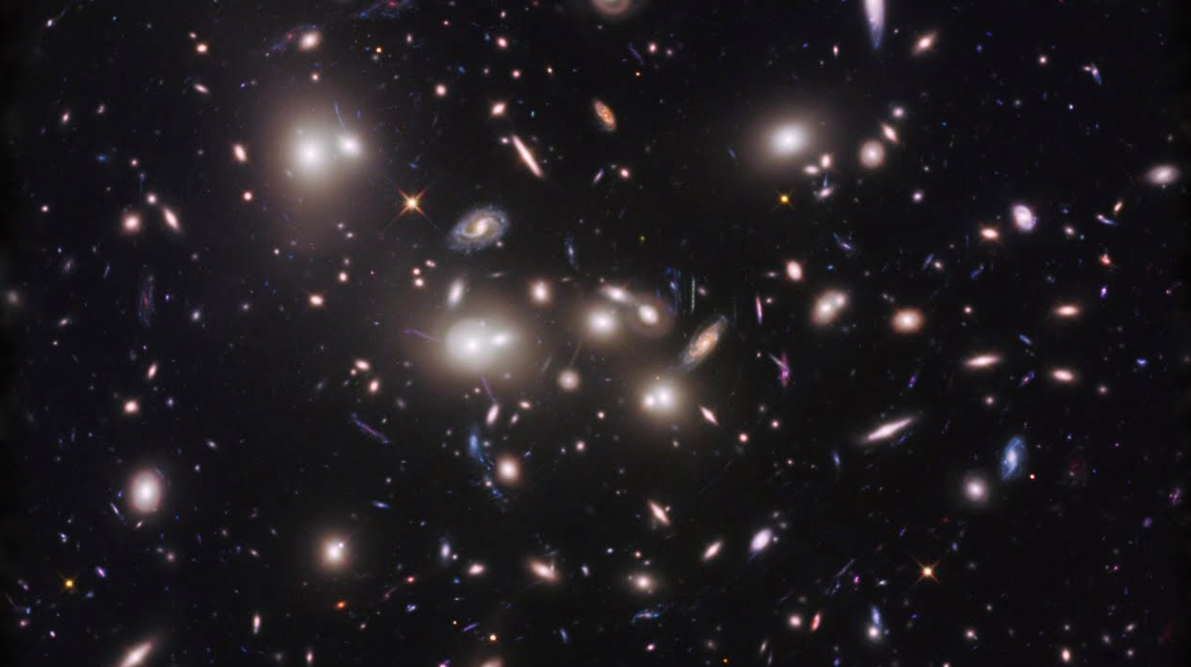 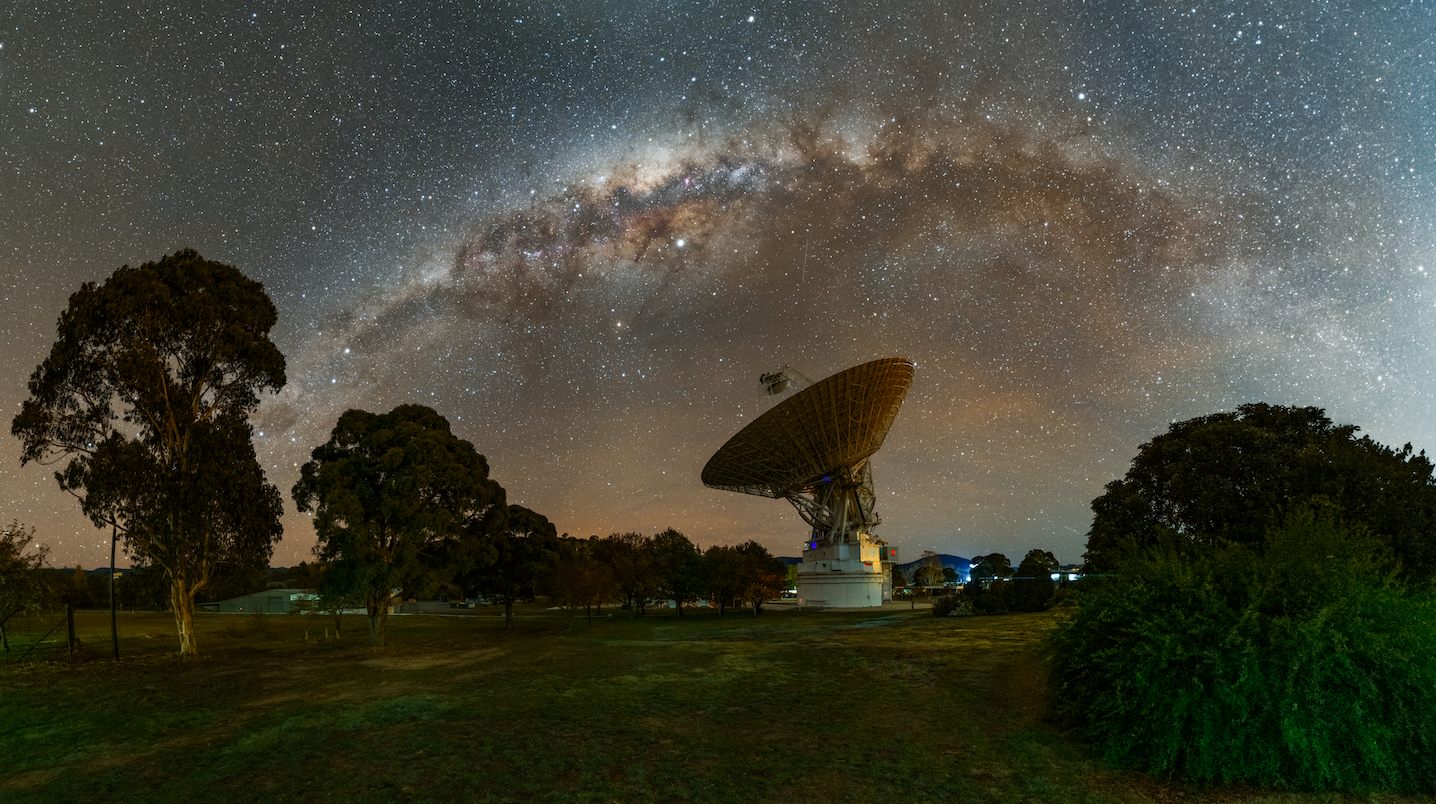 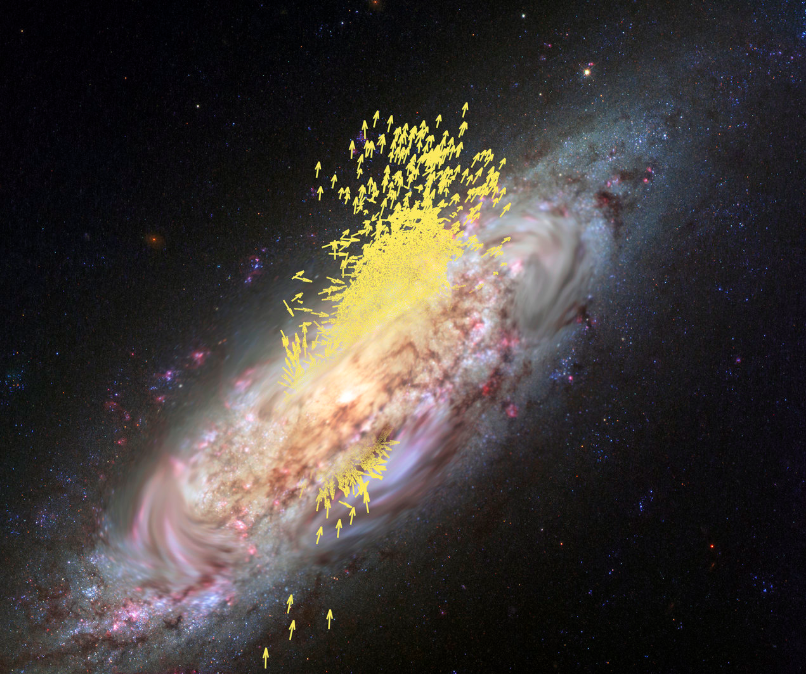