The Hunt for Dark Matter: Still missing in action

Across the world, scientists are continually searching for the elusive dark matter that makes up most of the matter composition of our Universe, using a variety of experiments. Prof. Geraint Lewis discusses how a new result now implicates an Australian dark matter experiment.

All around the globe, scientists are hunting for dark matter. They know this hidden mass dominates the Universe but unravelling the fundamental nature of dark matter has proven extremely difficult. Whilst astronomers scour the sky looking for feeble glows from possible “dark physics”, particle physicists at the Large Hadron Collider pour over data for signs they have created “dark particles”. So far, results have been disappointing, and dark matter remains mysterious.

Other physicists have adopted a different approach, aiming to directly detect dark matter in their laboratories.  In theory, a tiny amount of energy should be released when a dark matter particle collides with a nucleus, and it is this flash the experiments hope to see. To avoid the background noise due to high energy cosmic rays hurtling in from deep space, these experiments have to be buried deep underground.

For more than two decades one of these experiments, hidden deep within an Italian mountain, has claimed success, uncovering a signal that, if confirmed, opens a new window on the physics of dark matter.

However, the results just released from a similar experiment, this time under a Spanish mountain, have failed to reproduce these earlier results, potentially sending dark matter physicists back to the drawing board.

The Universe we see around us is made up of normal matter, composed of protons and neutrons deep inside atoms, orbited by electrons. But this is only a small portion of the actual matter composition and density across the cosmos.

Most of the material of the universe is invisible to us, and rarely ever interacts with the normal stuff. It doesn’t give off or intermingle with any part of the electromagnetic radiation, which is why we call it Dark Matter. The only way that we know it is there is because we can indirectly observe its gravitational effects, esp. when observing how matter inside galaxies or even galaxies within larger galaxy clusters moves around.

Scientists have known that something was off since the 1930s, but it was evidence found towards the end of the 20th Century that really gave confidence to scientists that there was this elusive stuff out there, but it was completely invisible.

Astrophysicists have many theories of what form this dark matter can take - some think it might be the weakly interacting massive particles (WIMPs) that interact with the nuclei of normal matter every now and then, but certainly exert a gravitational influence. Or it might be the much bigger MACHOs (massive compact halo objects) - like billions of non-light emitting black holes and dark neutron stars (though, this theory is starting to wane). Another candidate are the axions - particles without electric charges, and masses confined to a specific, tiny range.

From the theory of all these different candidates of what dark matter could be, lots of different experiments have been established. To date, however, no evidence of any of these have been discovered. Which takes us back to our underground laboratory in Italy.

The story begins in the mid-1990s, with the DAMA experiment in Italy’s Gran Sasso laboratory, located just off the highway that has been tunnelled through the mountain. Located deep underground, this laboratory is shielded from the cosmic rays that bombard us from space, and so is an ideal place to conduct sensitive experiments. For DAMA, the goal was the discovery of dark matter.

The idea in hunting for dark matter is relatively simple. Take a mass of very pure crystals, made of sodium iodide, and surround them in sensitive photodetectors. As dark matter streams through the experiment, most particles will zip through unimpeded, but very rarely one will collide with an atomic nucleus within the crystal, emitting a tell-tale flash of light. Of course, to be confident you are detecting the presence of dark matter, you have to shield the experiment from more boring, terrestrial sources, and layers of metal and concrete are essential.

Like many experiments, DAMA has gone through iterations and upgrades, using technological advances to improve sensitivity, with the current incarnation known as DAMA/LIBRA. With two decades of data in-hand, the experimenters claim there is clearly an excess of light flashes over the expected background, indicating they have detected dark matter. But possibly more exciting is that the rate of excess flashes is not constant but varies like a smooth wave over the period of a year, with a peak around the start of June.

How are we to interpret this modulation of the DAMA/LIBRA signature if it is coming from the detection of dark matter? To answer this, we have to remember that this experiment is detecting local dark matter, dark matter that envelops our own Milky Way galaxy and threads through our very Solar System. Like the rest of the Universe, the Milky Way’s dark matter halo dominates our galactic mass!

Our Sun is not simply sitting at rest within the dark matter halo, as it is orbiting around the centre of the Galaxy at a speed of 230 km/s. Because of this, dark matter particles blow through the Solar System, like the wind blowing through your hair when you stick your head out of the window of a speedy car. There is another motion that we need to consider, the 30 km/s speed of the Earth as it orbits about the Sun. Whilst the orbits of the planets are quite tilted with respect to our Galactic orbit, this change in speed over a year will modulate the breeze of dark matter passing through the Earth, the Gran Sasso laboratory and DAMA/LIBRA.

Of course, DAMA/LIBRA is a single experiment, and physicists have to be careful that they have not been confused by other factors that change over the period of a year, such as the seasonal weather or even the quantity of traffic flowing through Gran Sasso road tunnel. Other experiments have been proposed to check the DAMA/LIBRA result, possibly strengthening the case for dark matter, or consigning it to the scientific waste bin.

In Australia, the SUPL/SABRE project has been established as part of this international effort, recreating the DAMA/LIBRA experiment in a gold mine under Stawell in Victoria. Having such an experiment in the Southern Hemisphere is essential as if the signal is truly due to dark matter, it should also peak at the start of June, but if it has a more Earthly origin, such as the changing of the seasons, the peak should occur in December. Construction of SUPL/SABRE has commenced, and hopefully, the experiment will begin to take data in the next few years.

However, not everyone is convinced of the DAMA/LIBRA detection. Other experiments, based upon different technologies, have failed to see the annual signal, but this may be due to them not being sensitive to the form of dark matter spotted by DAMA/LIBRA. But a potential nail in the coffin came in early 2021, when a Spanish experiment, ANAIS-112, which also uses identical sodium iodide crystals, has published three years of its data. The results are in stark contrast to DAMA/LIBRA, with absolutely no evidence of a yearly varying signal excess, and no detection of a dark matter breeze.

This leaves the DAMA/LIBRA result badly shaken, with many questioning whether the observed modulation is due to a faulty experimental set-up, or even the analysis of the data. Of course, ANAIS-112 is a single experiment, and they too may have messed up and missed the signal of dark matter. So, more data-taking is underway, and new experimental results are on the horizon. A similar experiment named COSINE-100, hidden beneath a South Korean mountain will report its findings in the next few years. We will soon know if we are really detecting the flow of dark matter through the Solar System, or if dark matter remains mysterious, and more work will be needed before we ever find it in our laboratories. 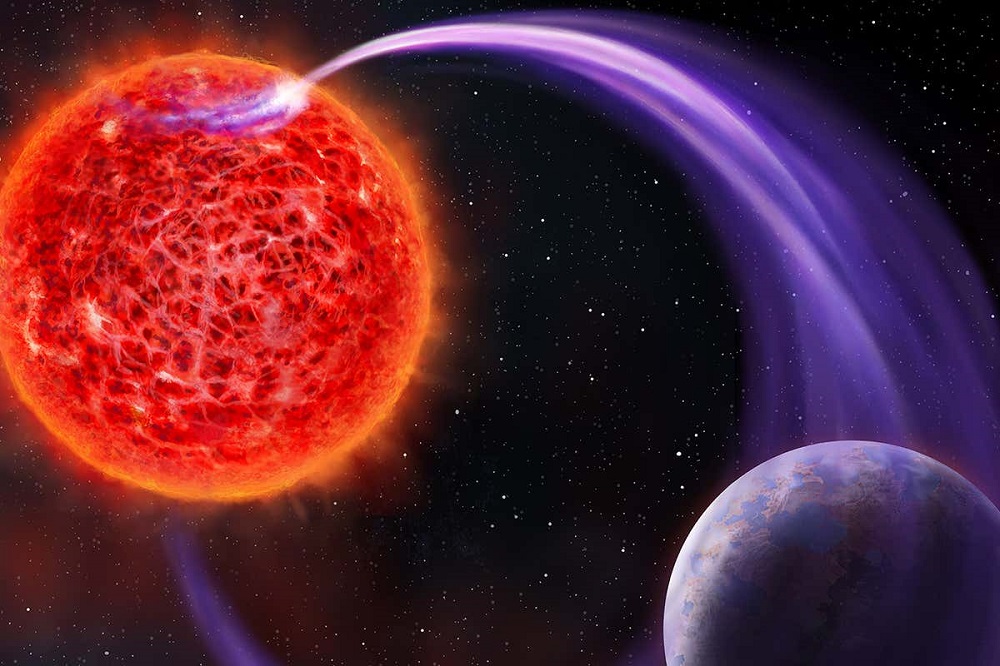 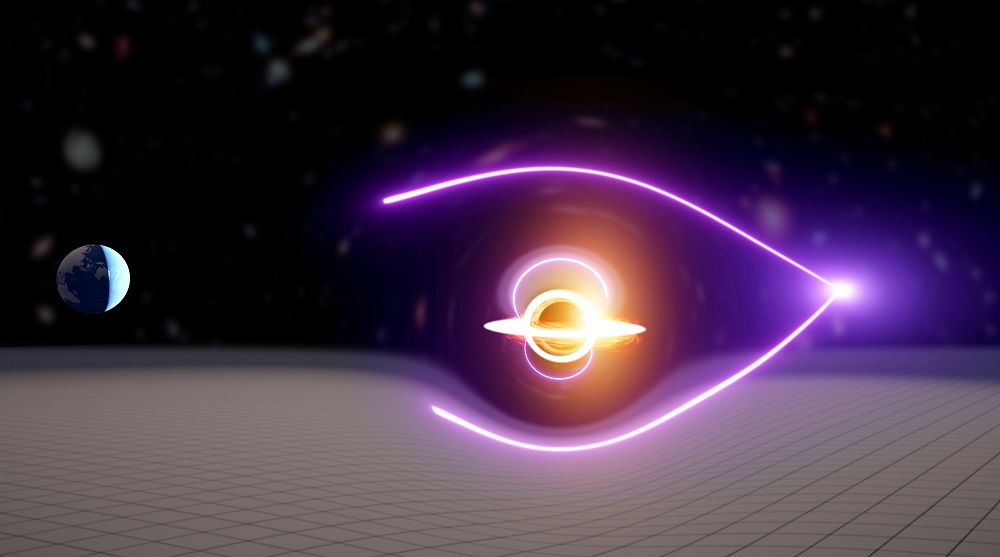