Melbourne based additive manufacturing company Titomic has been awarded $2.325 million as part of the federal government's Modern Manufacturing Initiative grant. The funding will help Titomic to develop new material blends and high-performance coatings for the Australian space sector.

Melbourne based manufacturing company, Titomic Ltd, has been awarded a \$2.35 million funding grant as part of the Australian Government’s Modern Manufacturing Initiative (MMI) program, which it hopes to use on developing environmentally sustainable components (such as space vehicle parts) for the Australian space industry.

Last year, Titomic entered into an agreement with Lockheed Martin to develop and assess the suitability for structural satellite parts of high-performance metals created with the cold fusion technique. They are now exploring other opportunities for the process within the Australian space sector.

The MMI grant will be part of a planned total eligible project expenditure of \$4.65m  that will allow Titomic to use its unique Kinetic Fusion cold spray additive manufacturing technology to build and commercialise space vehicle parts using green titanium, heterogeneous material blends, and high-performance coatings for radiation shielding and hypersonic protection.

“This MMI space-based applications grant is a huge step forward for Australia’s manufacturing sector,” said professor Alan Duffy, Director of the Institute for Space Technology and Industry at the Swinburne University of Technology.

“This takes the longstanding collaboration between Titomic and Swinburne University of Technology to a new level, building Australia’s reputation as an innovative and high-value space manufacturing nation and we welcome companies and researchers to access this national space manufacturing facility in Victoria.”

“We can build lighter, stronger, and more capable structures of incredible complexity that will allow Australian companies to leapfrog ahead of the competition in building for space.”

“Swinburne University is sort of the ideal partner to provide what we call the research science arm of the project,” added Titomic CFO, Joanna Walker.

“So all those technical unknowns can be explored and the resources that are available at a university whilst Titomic tries to actually formulate that research to develop a commercial solution.”

Titomic is also partnering with a number of commercial partners including commercial satellite manufacturer, Inovor, to provide specific application use cases and establish performance, testing, and acceptance requirements for the technologies.

Titomic has also recently announced a teaming up with British company NEOS International as well as the purchase of US-based Tri-D which is a Silicon Valley-based design and manufacturing company developing smart pipe infrastructure for the 21st-century economy.

The industrial-scale, metal 3D printer will provide opportunities for Swinburne’s Institute for Space Technology and Industry to research new avenues for this specialist additive manufacturing process. The TKF1000 will be one of only two of these machines in the world, with the other having been ordered by TWI, a leading research and technology organisation in the UK earlier this year.

According to Walker, the move towards space applications started with the development and testing of satellite bus parts for radiation protection. Walker went on to suggest that it is a great time for this technology to be hitting the space market with the huge numbers of space vehicles and launches planned in the coming years.

“When you look at the scale of production of space vehicles which traditionally involves taking metal billets and actually producing that part using [known as subtractive manufacturing] and then consider the amount of energy used and the time frames involved, they are both incredibly large. This is the benefit of 3D printing,” expanded Walker.

“We welcome this MMI space-based applications grant and hail both its educational potential and the economic value to Australia,” said Professor Pascale Quester, Vice-Chancellor and President Swinburne University of Technology.

“Having the TKF1000 additive manufacturing system in the heart of Swinburne’s Hawthorn campus offers our students direct access to a world-leading technology facility in the growing advanced manufacturing and space sector – it’s a learning experience you cannot find anywhere else in Australia.”

“We’re proud to be partnering with Titomic on this exciting new facility and grateful to the Commonwealth Government for their foresight in funding a collaboration that will help shape our future economy.”

The cold spray technology will allow Titomic to make parts a lot larger than traditional additive manufacturing technologies. Traditionally parts in the order of half a metre cubed were the largest that could be made according to Titomic CEO, Herbert Koeck.

“We are offering, for example, the TKF9000 machine where we can produce parts up to three meters times six meters times nine meters if necessary. We are at a scale that is a significant scale bigger than what the rest of the previous technology can do,” he said.

Many of the comparative technologies require highly refined and expensive parts to manufacture spherical powder, which according to Koeck, are then melted with a high-temperature laser to create the end product required. However, the cold fusion technique, developed with CSIRO, doesn’t require such highly refined metal powder and is not a melting process so doesn’t require a laser to create the end product.

“The way the process works is that we take this powder, and we accelerate it to supersonic speed,” said Koeck.

“As we push these particles, which are coming at supersonic speed against the scaffold, they start to bump into each other, and by doing so, they are starting to bond with each other.”

Titanium is a very sought-after material due to its high strength, high resistance to corrosion, and comparative lightweight. However, its benefits come at a high cost. Other methods of manufacturing titanium such as laser sintering or milling, involve high-powered lasers or a large amount of wasted material. It is hoped that the cold spray technology being developed by Titomic can reduce not only the wastage but also the energy required to manufacture parts.

“Subtractive production works by taking a big block, a billet of something and you carve out everything you don't need and what remains at the end of the day is the part. But from a pure volume or mass perspective, the remainder, you really want to have, can be only 10% or 15% of the original part, and you produce basically 90% of waste,” said Koeck.

Titomic’s process currently delivers a product that is very close to the final product but still requires a level of machining to get it within the tolerances required for use. This so-called “near shape” technology, still reduces the waste product substantially. It is hoped that this technology will still reduce part lead times, reducing times from months to weeks or even days.

The flexibility of the process could also lead to some interesting material outcomes.

“We can also optimize the input, which [means] playing with all the materials. So we're starting to mix the powders to create some new alloys which don't exist yet,’ said Koeck.

Koeck also suggested that Titomic are looking at developing their own in-house refining process, meaning that they could potentially produce their own titanium powder in-country without having to send it offshore. This is a potential game-changer, bringing down the cost and increasing the availability of this expensive material.

“The opportunity here with Titomic is if we get our own power plant if we can use the reserves which exist in Australia, then we suddenly can show up at the global market with very competitive prices for titanium parts,” concluded Koeck. 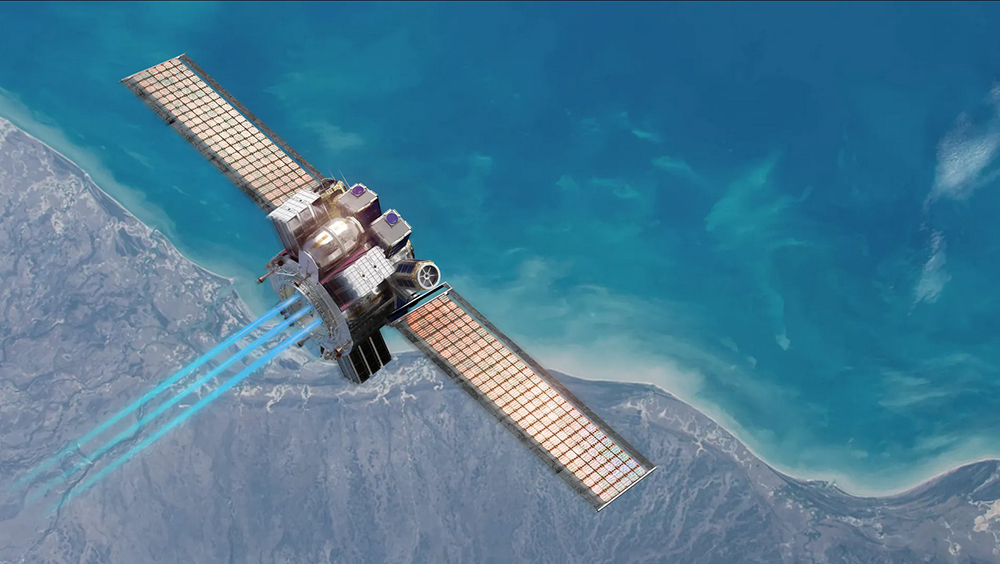 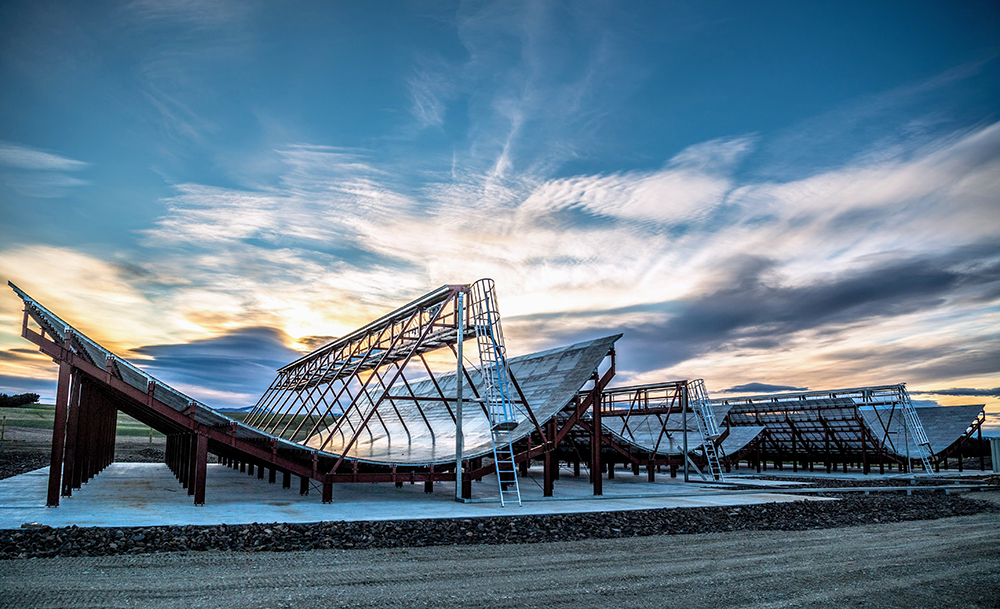 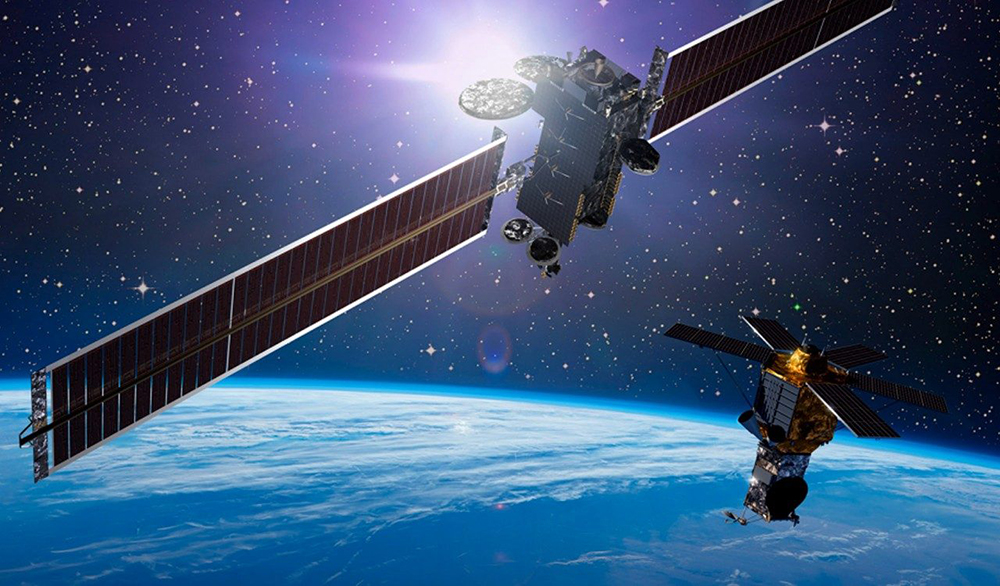