Undergraduate student Yinuo Han from University of Sydney has modelled the dust structure of a binary system of rare Wolf-Rayet stars.

Whilst the universe is vast and unknown to us for the most part, a little bit more of its nature has been revealed to us. Yinuo Han, an undergraduate student from the University of Sydney, has looked into the phenomena known as stellar cyclones for his honours research report. His work has revealed the structure of these dust spirals that result from a unique type of star, the Wolf-Rayet.

Dr Joe Callingham, a co-author of the study from Leiden University in the Netherlands, said: “There has been a flurry of research into Wolf-Rayet star systems: these really are the peacocks of the stellar world. Discoveries about these elegantly beautiful, but potentially dangerous objects, is causing a real buzz in astronomy.”

Wolf-Rayets are exceedingly rare stars which are ferociously hot and bright, and are set to imminently collapse in supernovae, leaving behind dark remnants such as a black hole. Only one-in-a-million stars are classified as Wolf-Rayet, with masses typically greater than 25 times that of the sun.

Most of the known hottest and most luminous stars in the sky are classed as Wolf-Rayet stars, with the top three having surface temperatures above 200,000 K as they furiously unleash their winds into their surrounding regions.

These stars result as the normal next evolutionary phase of massive stars, in particular massive O-class and B-class stars, who’s progenitor mass is usually above 20 times the mass of our Sun. One of the most massive stars known to date, called R136a1, is a Wolf-Rayet star with a measured mass of 215 times that of our own star, and shining violently  with a luminosity 6.2 million times stronger. It is located in the R136 cluster of stars, in the nearby Large Magellanic Cloud galaxy (viewable to the naked eye for southern observers).

When Wolf-Rayet stars end their lives, it happens as a spectacular core-collapse supernova explosion - becoming some of the brightest objects in the Universe during the process.

Even rarer still are Wolf-Rayet stars found in a binary pair - only a handful of these have been discovered so far. The dynamics of this type of system produces huge amounts of carbon dust that is driven by immense stellar winds, called a colliding wind binary. This dust is sculpted into a sooty spiral, whose structure has been surprisingly difficult to decipher.

“Aside from the stunning image, the most remarkable things about this star system is the way the expansion of its beautiful dust spiral left us totally stumped,” said Yinuo Han. “The dust seems to have a mind of its own, floating along much slower than the extreme stellar winds that should be driving it.”

The conundrum was initially discovered two years ago by a team led by Professor Peter Tuthill from the University of Sydney, who found a Wolf-Rayet star system 8000 light years away named Apep, after the Egyptian god of chaos. Han’s findings confirm those of the original team, and also revealed in great detail Apep’s bizarre physics using high-resolution imaging techniques at the European Southern Observatory’s Very Large Telescope at Paranal in Chile. This then allowed the team to produce a simple model which matches Apep’s spiral structure.

The numbers reveal Apep’s extreme nature. The two stars are each about 10 to 15 times more massive than the Sun and more than 100,000 times brighter. Where the surface of our home star is about 5500 degrees, Wolf-Rayet stars are typically 25,000 degrees or more.

According to the team’s newest findings, the massive stars in the Apep binary orbit each other about every 125 years at a distance comparable to the size of our Solar System.

“The magnification required to produce the imagery was like seeing a chickpea on a table 50 kilometres away,” Mr Han said.”

“The fact this relatively simple model can reproduce the spiral geometry to this level of detail is just beautiful,” Professor Tuthill said.

“The speeds of the stellar winds produced are just mind-blowing,” Han said. “They are spinning off the stars about 12 million kilometres an hour; that’s 1 percent the speed of light. Yet the dust being produced by this system is expanding much more slowly, at about a quarter of the stellar wind speed.”

Han said that the best explanation for this points to the fast-rotating nature of the stars. “It likely means that stellar winds are launched in different directions at different speeds. The dust expansion we are measuring is driven by slower winds launched near the star’s equator,” he said. “Our model now fits the observed data quite well, but we still haven’t quite explained the physics of the stellar rotation.”

Han will continue his astronomical studies later this year when he starts his doctorate at the University of Cambridge.

The article has been published in the journal, MNRAS. 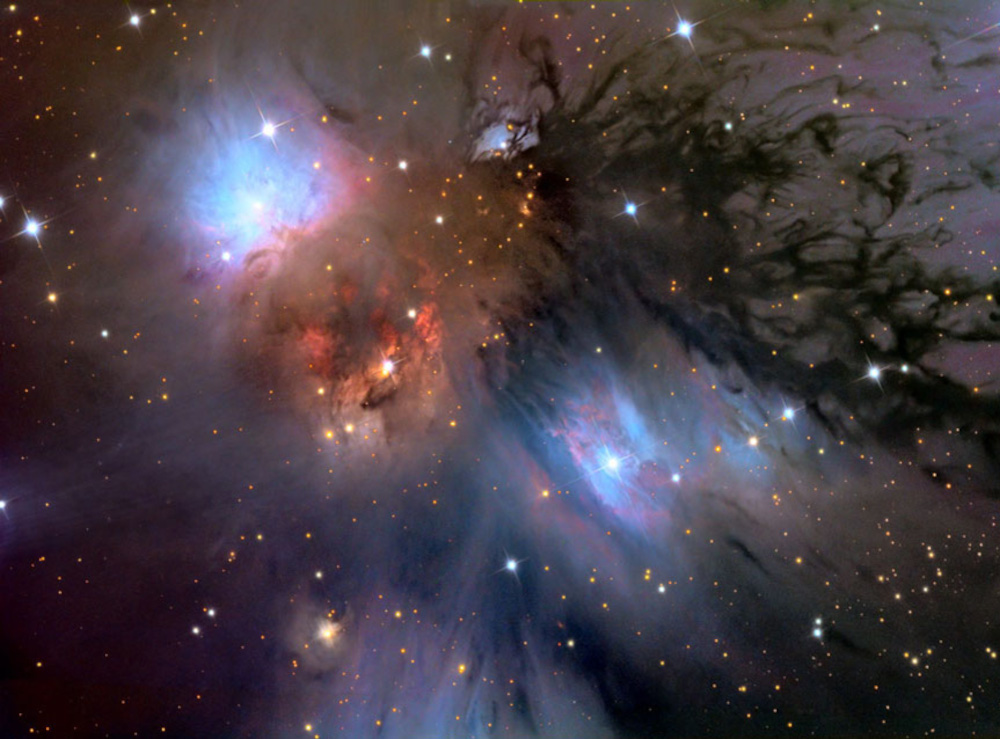 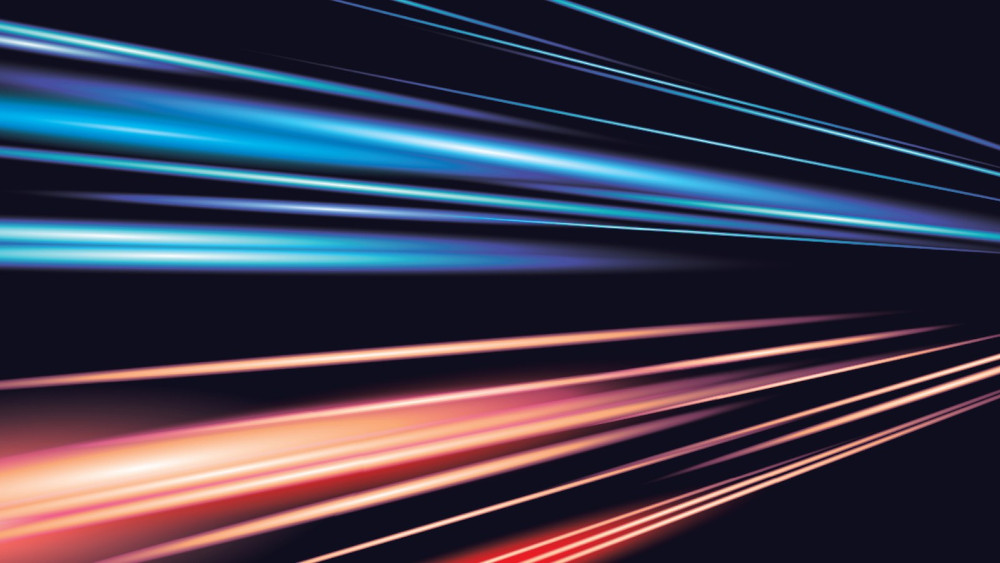 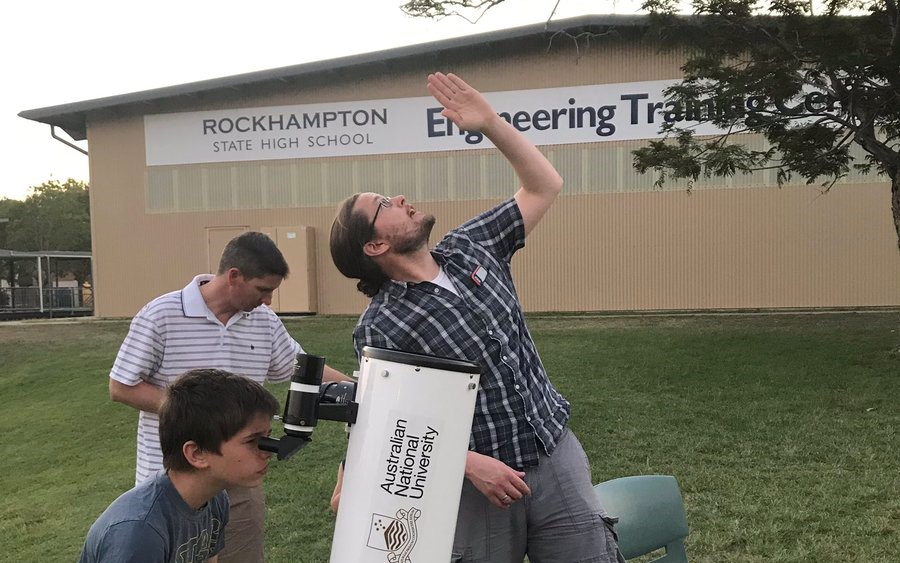 Remote Schools to Look Up with New Telescopes