LeoLabs, who provide space situational awareness services to satellite and launch companies across the world, have announced they are building a new radar site in Western Australia.

California based company, LeoLabs Inc, who provide space situational awareness (SSA) services to organisations looking to understand what is happening in Low Earth Orbit (LEO) - have announced they are establishing a new radar antenna station, to be located in Western Australia and monitor the region of space above the South Indian ocean.

The company currently has five sites, that include eight radar antennas for this purpose, including one which is located in New Zealand. This sixth radar site will be located in Bunbury, Western Australia and will include LeoLabs' ninth and tenth antennas, and which will consist of multiple one-dimensional phased array radar systems.

With work commencing in December 2021, it is expected that the site will be fully operational by October 2022 and include 2 S-Band phased array radar antennas that will be able to measure orbiting space objects as small as 2 centimetres. The company has two other S-Band capable sites, one in New Zealand and one in Costa Rica which was commissioned earlier this year.

“This radar site is a massive, visible step forward in LeoLabs’ long-term investment in Australia,” said Dan Ceperley, CEO and co-founder of LeoLabs.

“It started earlier this year with hiring a world-class team led by retired Air Commodore Terry van Haren. This radar site and this team will make Australia a space surveillance superpower and will be the foundation of transparency, sustainability, and deterrence in space for decades to come.”

According to LeoLabs Australia Director Terry van Haren, it is transparency that is the driving factor for LeoLabs to develop and establish these capabilities for the space industry as a whole, which in turn also benefits the Australian space sector.

“To map Low Earth Orbit and provide that data to everyone so we can look at sustainability issues of low Earth orbit,” said LeoLabs Australia Director Terry van Haren when discussing the potential of these solutions.

LeoLabs currently provides a number of services that support SSA, including tracking and monitoring of satellites down to just smaller than 1-Unit, collision avoidance (conjunction alerts), tracking of launch and early orbit which is particularly useful when large numbers of satellites are launched at once, and a cloud-based system for near real-time tracking.

Deputy Premier and Science Minister of Western Australia, Roger Cook said “LeoLab’s decision to build their new radar in WA is a recognition of the State’s significant geographic advantages for space communications and tracking objects in space”

The new site in WA will give LeoLabs access to both Sun Synchronous and Polar orbits, as well as giving improved tracking over Australia. The information that they gather will help to develop a more comprehensive picture of the current space domain situation in LEO, which covers everything from old rocket bodies to dead satellites and bits of random debris.

According to van Haren, having more visibility will lead to a better understanding of the rules around what should and shouldn’t happen in space.

“WA is uniquely placed to support the new era in space, and LeoLab’s new radar will be another example of how our state is leading Australia in growing the nation’s space sector,” added Deputy Premier Cook.

Whilst the radar antennas for WA will be manufactured in the USA, LeoLabs have also submitted a proposal under the federal government's Modern Manufacturing Initiative - Collaborative (MMI-C) to manufacture their next-generation modular space radar system in Australia. LeoLabs have partnered with Lintek, SRX Global, Ampcontrol, Murray Consulting Solutions, and ResTech from the University of Newcastle to deliver their proposal.

Under this program, two of these modular space radars are proposed to be installed in northern Australia. If they are awarded a grant as part of the MMI-C, LeoLabs' entire next-generation global space radar system could be manufactured and supplied from Australia.

“We are planning to license manufacture what we call our next generation modular space radar system here in Australia. It is basically built on the same technologies that we currently use, and being modular, we can scale it up to do bigger radar systems,” said van Haren

The space radars from LeoLabs are innovative by design and power-efficient compared with similar solutions. LeoLabs is looking at mixed renewable power systems for operations in northern Australia.

LeoLabs are also planning on rehosting their cloud service in Australia, which will ensure their service is resilient and provide redundancy should it be required. They are also looking at ways in which they can improve their capability and for other technology providers to support their goals of a comprehensive SSA picture.

The Importance of Space situational Awareness

LeoLabs S-Band phased array radars will support a globally networked Interferometric data acquisition system. Utilising the S-Band capabilities of the 2-4 GHz range means that this global network can pick up objects down to 2 centimetres in size. The United States Space Surveillance Network, which is currently responsible for conjunction warnings, can only track objects down to 10-centimetre due to limitations in using UHF radar.

“We are pleased to welcome LeoLabs to Australia and appreciate their strong alignment with our mission of growing Australia’s space industrial base,” said James Brown, CEO of the Space Industry Association of Australia.

“Australia clearly has an opportunity to become a space surveillance superpower and a leader in global space governance, and LeoLabs can certainly play a role in supporting and informing that mission. We recognize that the LeoLabs West Australian Space Radar is just the beginning.”

LeoLabs have a growing customer base as satellite operators and launch providers look to protect their highly valuable assets. In 2019 LeoLabs began operating the first of these S-Band phased array radars that make up part of their network when they commissioned the Kiwi Space radar in the Central Otago region of New Zealand.

It is not just satellite owners and launch providers that are looking to increase their understanding of SSA, insurance companies and space agencies need to know more about what is happening in space. Under current space law, the country that launched a spacecraft is responsible for it should it crash, however, it is a little more grey when it comes to satellite collisions and who is responsible.

Sometimes it can be difficult to work out satellite ownership, so the ability to track and monitor satellites as we become more and more reliant upon them is going to be critically important. Leolabs have been supporting the UNSW Canberra Space M-2 mission by providing tracking that enabled the team at UNSW Canberra to watch as one satellite became two independent ones.

Earlier this year LeoLabs announced they had signed a multi-year agreement to develop a “Space Regulatory and Sustainability Platform” with the New Zealand Space Agency. This agreement will support the agency's ability to monitor compliance with the obligations of licence holders.

LeoLabs Australia is based in Sydney with an additional office near Newcastle. The company is currently expanding its local Australian team to support its customers in the Pacific region. The Australian team currently comprises six professionals from the Australian Defence Force and Industry. This team is expected to grow to 45 within the next three to four years. 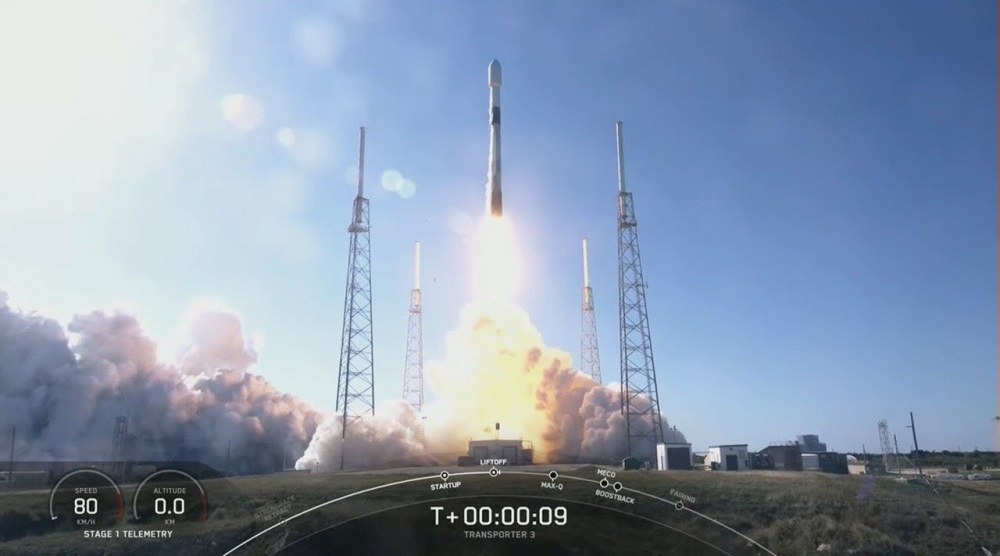 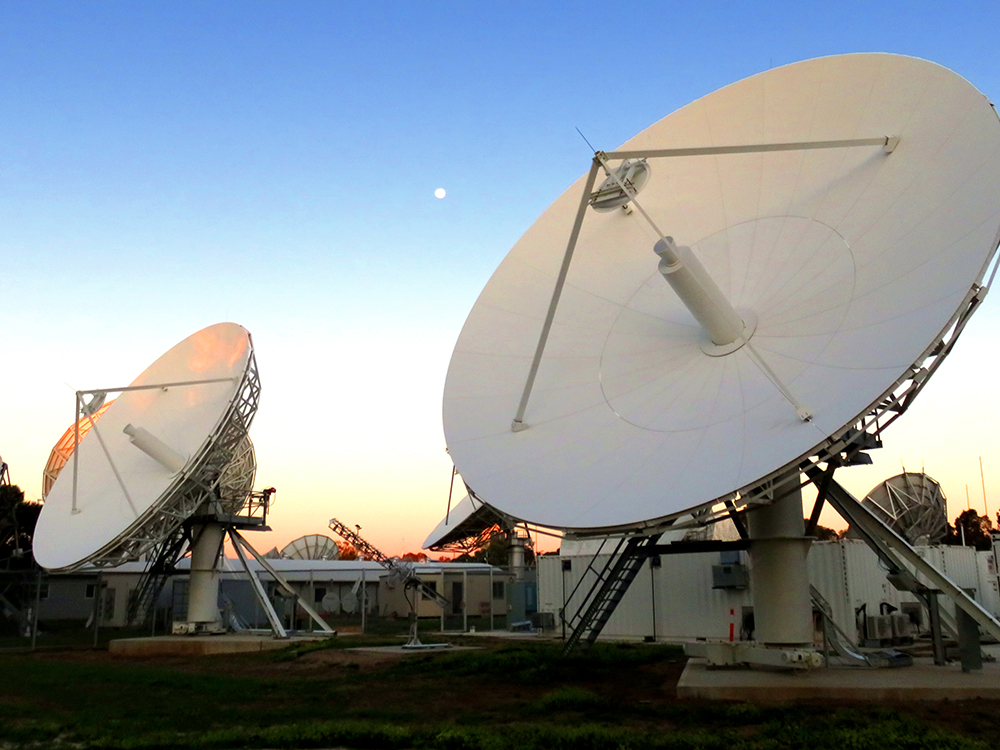 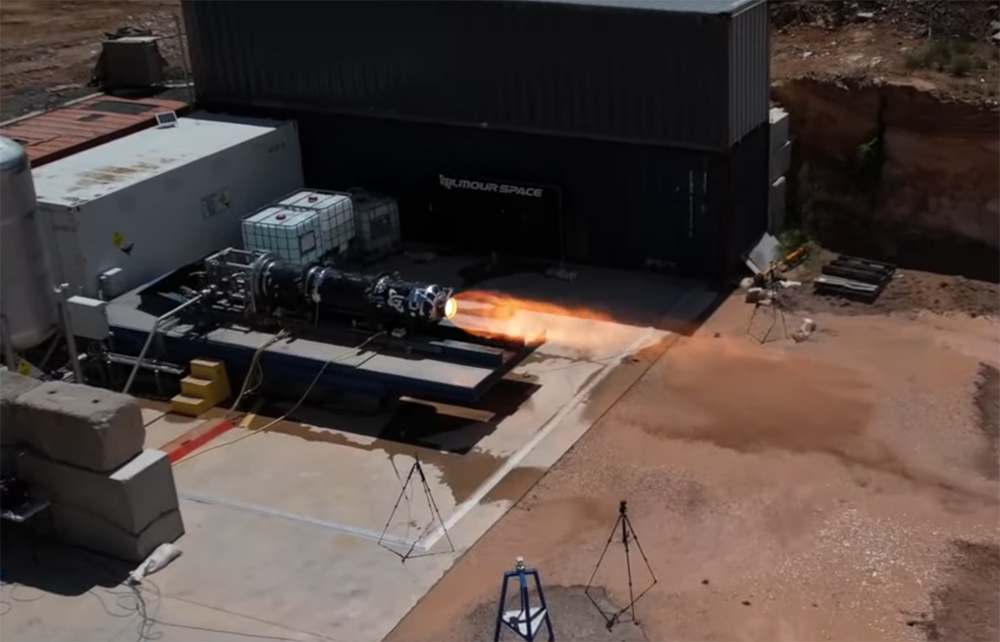