Astronomers have detected 50 million light year-long filaments in the cosmic web, and found that they possess weak magnetic fields that could help to explain why the Universe is expanding faster than it should.

On the largest scales, our Universe looks like a web, a vast structure woven together by gravity and full of enormous filaments linking distant galaxies. The filaments are huge, sometimes extending millions of light-years through space, but are mostly filled with faint, diffuse gas that makes them difficult to observe. Recently though, astronomers have used an image processing technique known as stacking to better examine the cosmic filaments, and have found them to be pervaded by massive magnetic fields.

The structure of the cosmic web has been predicted by computer models, but it is only now that these models are being confirmed by direct detections of the filaments. The filaments probably contain more than half the matter in the Universe, and nearly every galaxy we see including our own Milky Way is thought to have formed within them. After birth, the galaxies are gravitationally attracted into dense clusters at points where the filaments intersect.

Understanding the degree to which the filaments are magnetised could ultimately help cosmologists to refine models of the early Universe, and perhaps even explain the problem of the Universe’s oddly rapid expansion.

Between the filaments are voids, massive spherical regions comprising around 90% of known space, with particle densities far lower than any vacuum ever created on Earth. Very few galaxies exist in the voids, but there are some. Although the Milky Way is part of a super-cluster of over 100,000 galaxies, we are bordering on a void at least 150 million light-years across.

Sparsely populated though they are, even the voids appear to be magnetised. By observing bright beams of gamma rays produced by a distant supermassive black hole known as a blazar, astronomers noted the absence of a low-energy signal that should have been there but had probably been deflected away by a magnetic field within a void along our line-of-sight.

But it was the filaments themselves that were the subject of interest in this latest study, led by CSIRO researcher Dr Tessa Vernstrom. With data sourced in part from the GLEAM survey, a galactic and extra-galactic all-sky survey using the Murchison Widefield Array (MWA) in Western Australia, Dr Vernstrom and her team were able to see magnetised filaments up to 50 million light-years in length.

Because of the weak emissions from the filaments, they used image stacking to stack radio images and increase the signal level above that of the background noise. This is a technique regularly used by astrophotographers to improve their images of deep space objects and requires many exposures of the same area to be combined together.

The result is a signal that would probably have been completely undetectable from a single exposure. But even then, Dr Vernstrom’s team needed to go to great lengths to show that it was consistent with the presence of magnetic fields and could not be better explained by dark matter in and around the filaments. One of the leading candidates for dark matter is expected to produce detectable radiation when two or more dark matter particles collide.

Their analysis showed that dark matter could only have contributed a small part of the signal. Dr Vernstrom explained.

“We certainly can’t rule out some contribution to the signal from dark matter, however it’s not thought to be the dominant source for the emission.”

“In this work we did look at five different models for dark matter, 3 models where the dark matter particles decay and two where they annihilate. In both of these scenarios the products of the decay or annihilation are ‘regular’ matter, such as electrons or positrons, which would then interact with the magnetic fields to produce the synchrotron radiation we detect with radio telescopes.”

“However, only in one model was the expected signal anywhere close to what we detected, and that required a pretty strong magnetic field. Much more detailed follow-up work can and will surely be done to look into this, but from this work we can likely conclude that the radio signal from dark matter in filaments is not very strong.”

This is a good result for cosmologists attempting to understand the conditions that were present in the very early Universe. With magnetism being a fundamental force of nature, it is important to understand the role it played in the evolution of galaxies from the Big Bang until now.

And it could also help to explain why the Universe appears to be expanding considerably faster than it should be, a problem known as the Hubble tension.

“It’s been argued recently that a [small] primordial magnetic field would be enough to account for why the Universe seems to be expanding significantly faster than expected based on its known ingredients. Our detection here was compared with results from cosmological simulations, and we found our signal was actually consistent with that.”

No-one is ready to suggest that the Hubble tension has been resolved just yet, but this certainly gives astronomers a promising line of inquiry to follow-up on. The far more sensitive Square Kilometre Array (SKA), currently under construction and due for completion towards the end of the decade, will be able to detect and map the brightest filaments without even the need for image stacking.

“The SKA will be a game-changer in many areas, and certainly for cosmic magnetism. So, while there is still little known about cosmic magnetic fields at the moment, the next 10 years or so will really shed a lot of light on these faint regions.”

The paper appears on the arXiv preprint server. 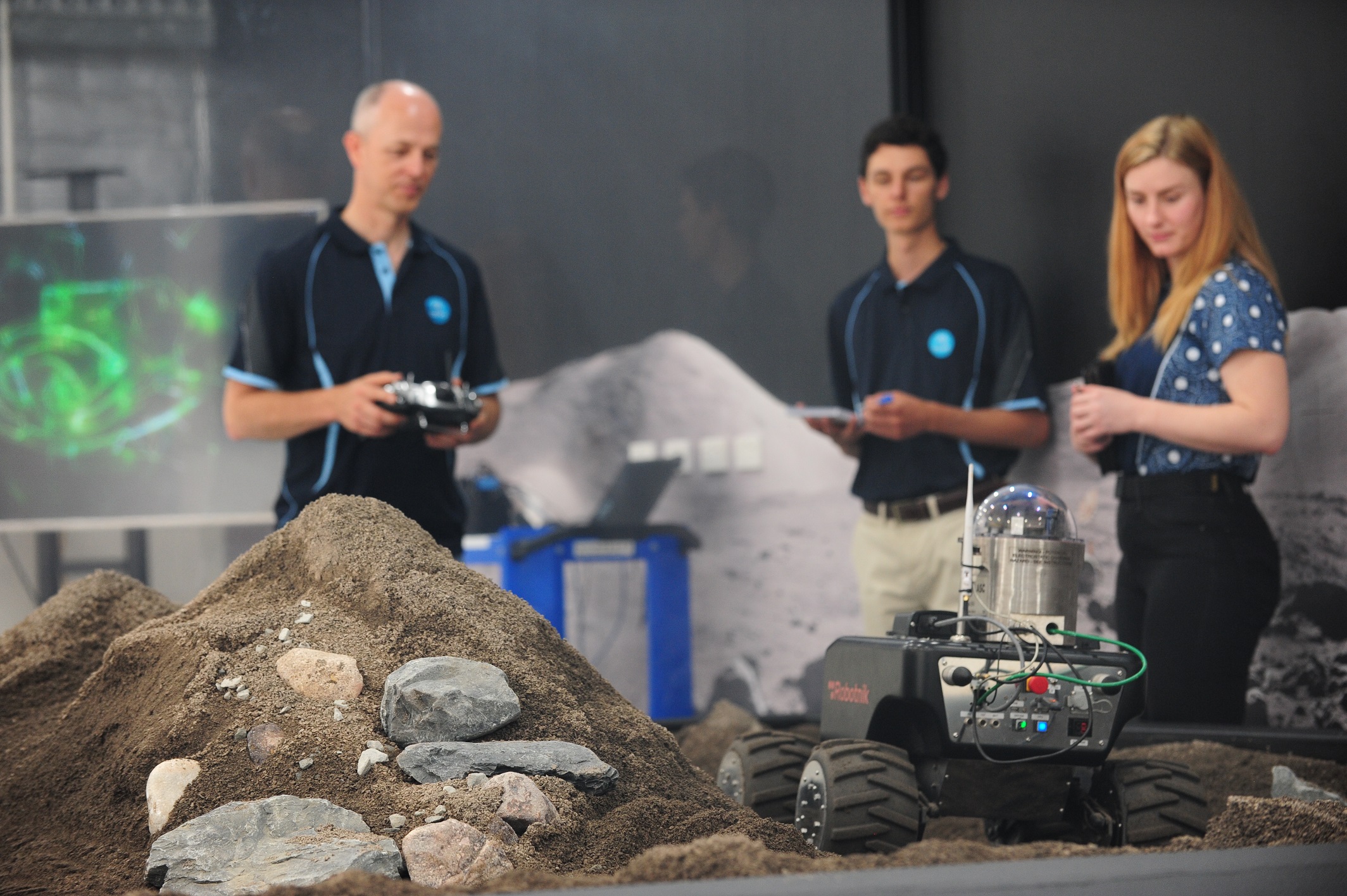 New CSIRO facility helping to shake off that lunar dust 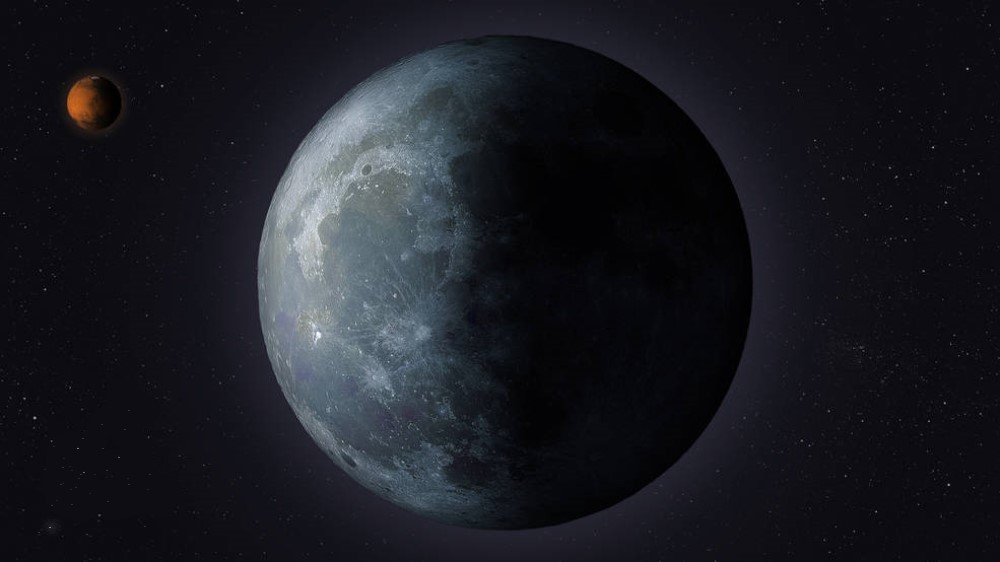 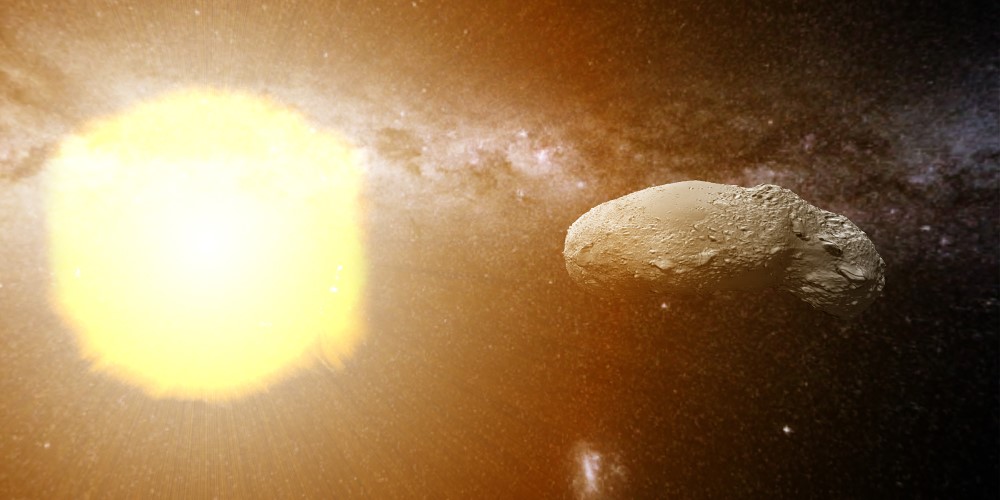