A new review of the quenching of galaxies suggests a complex picture, where different physical processes may act simultaneously and finding a single culprit is neither feasible nor correct…

Galaxies are the stellar factories of the Universe and given a plentiful supply of cold hydrogen gas they can maintain a steady rate of star formation over billions of years. But what brings the process to a halt is not entirely clear.

Recently galaxies have come to be thought of as self-regulated systems governed by the balance between the influx of gas from space on the one hand, and its consumption during star formation and ejection by galactic winds on the other. As long as a state of equilibrium is maintained within the galaxy, gas is converted into stars at a relatively steady rate.

But if the system is thrown out of balance, things get interesting. Interactions, mergers, and collisions between galaxies can increase the amount of gas available for star formation and lead to temporary periods of starburst.

However, the effect of gas being actively stripped from a galaxy, or simply not being replenished as it is used up, is more permanent. Galaxies rarely recover to their full star-making potential once they have been forced into a state of relative quiescence. This is generally referred to by astronomers as galaxy quenching.

That much is known, but whether it is the stripping of gas or the inability to replenish it that is the main driver of galaxy quenching, is not.

Dr Luca Cortese of the University of Western Australia led a research team that reviewed the current state of knowledge in this area, focussing on the evidence available for a physical link between stripping and quenching and looking at how this related to a galaxy’s local environment.

“We review environmental studies of cold gas in satellite galaxies from an observational perspective, focusing on the evidence for a physical link between stripping and quenching. Is stripping important or are there other mechanisms preventing gas from feeding star formation?” said Dr Cortese in an online thread.

When they looked at satellite galaxies, the smaller companions to massive galaxies like our own Milky Way, they found that the stripping of cold gas was ubiquitous. The stripping can occur quite rapidly, but for larger galaxies, the process takes longer and they become fully quenched only gradually.

But what are the mechanisms that lead to galaxy quenching? Why do these massive factories eventually shut down, and what are the physical processes preceding that?

The first and perhaps most obvious way to halt star formation is to use up all the available material. Indeed, the fact that star formation in a galaxy can continue for billions of years implies that gas reservoirs must be being continuously replenished, although how the gas gets into galaxies is not completely clear.

If a galaxy no longer has access to a source of gas, it will run out of fuel and stop producing stars in a process referred to as starvation. A galaxy starved of raw materials becomes passive and will remain so for the rest of its life.

A more dramatic way to deprive a galaxy of its fuel is to remove it directly through stripping, and there are two main ways to do this. First, there are hydrodynamical processes that can lead to the gas being removed due to pressure or temperature differences between the galaxy and the space around it. Second, gravity can rip the gas directly from a galaxy as it orbits in galaxy groups and clusters. Discriminating between these two processes is difficult, but direct stripping seems to be fundamental to galaxy quenching.

The rate of star-formation may also slow when cold gas is removed from a galaxy by the internal feedback mechanisms associated with the star-formation itself. Violent stellar explosions and fast-moving material ejected by young, hot stars, and intense jets of energy from growing supermassive black holes, can blow prime star-forming gases out of a galaxy and into the intergalactic medium.

Even if a galaxy has enough fuel for the first phases of star-formation, it may be that the molecular gases that are needed next remain too stable to collapse into stars. However, this is not generally sufficient to fully quench a galaxy, particularly in the case of satellite galaxies where the environmental processes are more important.

So far, the galaxy’s local environment and its role in quenching have been mentioned only briefly, but it is important. Even a satellite galaxy’s position in its orbit in a galaxy group or cluster plays a part, with quenching sometimes coinciding with the pericentre of its orbit, the point of closest approach to its centre of attraction.

This should not be too much of a surprise, because this is precisely where the greatest intensity of gravitational interactions that result in the stripping of gas from the galaxy occurs. Perhaps more interesting is that this does not always lead immediately to galaxy quenching, a point made by Dr Cortese.

“While stripping is important, not all gas is stripped in one go, and galaxies can keep forming some stars significantly after first pericentre passage,” he said.

“The emerging picture across the full range of dark matter halos and stellar masses is a complex one, where different physical mechanisms may act simultaneously and cannot always be easily separated.”

So, we are left with a somewhat blurry picture of quenching in satellite galaxies, but the exquisite sensitivity of the next-generation Square Kilometre Array (SKA) and its precursors in Australia will no doubt provide more clarity for astronomers. The SKA, co-hosted by Australia's national science agency CSIRO at the Murchison Radio-astronomy Observatory in Western Australia, will have a square kilometre of light-collecting area and should see first light towards the end of the decade.

The SKA will potentially provide the means to trace the flow of gas into galaxies, something that is already possible using its Australian predecessor ASKAP, the Australian Square Kilometre Array Pathfinder, but only for the Milky Way. The SKA should allow astronomers to target large samples of galaxies and will deliver huge amounts of data to astronomers to help develop new models of galaxy quenching.

There is one more side note worth mentioning about this research. The paper itself was submitted for review just after the collapse of the iconic Arecibo Observatory’s 900-ton radio-telescope platform. The contribution of the great telescope to radio-astronomers worldwide was so significant that Dr Cortese and his collaborators decided to honour it with a special dedication in their paper.

“This work was submitted a few days after the collapse of Arecibo. Thus, given its contribution to this field, we decided to dedicate this work to our long-time friend now gone.”

A fitting tribute to a true behemoth of science. Now, bring on the SKA.

The Dawes Review 9: The role of cold gas stripping on the star formation quench… 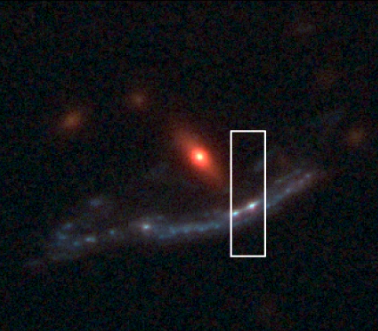