A new study from ANU suggests that the culprit behind the large excess of gamma-ray radiation coming from the Galactic Centre can be attributed to millisecond pulsars, rather than the collision of dark matter particles.

For a number of years now, scientists have been studying the centre of the Milky Way Galaxy with regard to the number of gamma rays that are emitted from this region. In short, there appears to be an excess of this type of high-energy radiation, and we’re not exactly sure what could be causing it.

Two leading theories have been put forward to explain the Galactic Centre Excess (GCE)– the first is that it is the tell-tale signature of dark matter particles as they collide with themselves, producing gamma-ray photons in the process. The second, that the GCE is being produced by a large population of millisecond pulsars (MSPs) which are concentrated around the region.

Now, astronomers from the Australian National University have released a new paper, stating that the GCE is likely the result of MSPs in the centre of the Milky Way. These findings, led by ANU Masters student Anuj Gautum, have been released in the journal, Nature Astronomy.

“Our work does not throw any doubt on the existence of the signal, but offers another potential source,” said co-author of the study Associate Professor Roland Crocker

“It is based on millisecond pulsars -- neutron stars that spin really quickly -- around 100 times a second.”

“Scientists have previously detected gamma-ray emissions from individual millisecond pulsars in the neighbourhood of the Solar system, so we know these objects emit gamma-rays. Our model demonstrates that the integrated emission from a whole population of such stars, around 100,000 in number, would produce a signal entirely compatible with the Galactic Centre Excess.”

Pulsars emit radiation across the entire electromagnetic spectrum, but the majority of the population are radio emitters – we detect them using large radio telescopes, as their beams of radiation sweep past the Earth like a powerful cosmic lighthouse.

But these compact remnant objects are also known to emit at high-energy frequencies, with many unleashing powerful (and sometimes periodic) x-ray and gamma-ray photons. To detect the high-energy radiation, scientists use orbiting space observatories that are not affected by Earth’s atmosphere (as it blocks out most of the high-energy spectrum).

Could It Be Dark Matter?

All of the matter that we see around us in the Universe is considered ‘normal’ baryonic matter – from humans to moons, planets, stars, galaxies and gas. We detect where this matter is and what it is doing as normal matter interplays with electromagnetic radiation – photons are bouncing of another human for you to see them.

Dark matter, however, is more invisible in nature. Electromagnetic radiation does not seem to react to it, and we only infer its existence by its gravitational influence. For example, when observing the rotational velocity of spiral galaxies, scientists noted that the speed of the material we could see (like gas) out towards the edges of these structures, were moving at velocities that could not be accounted for unless there was more matter within the galaxy. An unseen mass component that could create such conditions.

We still don’t know what actually makes up dark matter, but a number of theories have been put forward, including a description of some of the particles that could be considered dark matter.

One such particle is known as the WIMP – weakly interacting massive particles, and theory states that when WIMP particles collide with energies of around 100 GeV, a shower of neutrinos, anti-matter and gamma-rays should be produced.

It is expected that a dark matter halo is concentrated around the centre of the galaxy, so scientists have been considering that the GCE is the result of these annihilations.

“The nature of dark matter is entirely unknown, so any potential clues garner a lot of excitement,” Associate Professor Crocker said.

“But our results point to another important source of gamma-ray production.

“For instance, the gamma-ray signal from Andromeda, the next closest large galaxy to our own may be mostly due to millisecond pulsars.”

Could It Be Pulsars?

Both simulations and observations related to the formation of MSPs indicate that they mostly arise through a progenitor system known as a low-mass x-ray binary (LMXB). The evolution of these binary star systems is rather dramatic and ranges in the billions of years timescales.

To begin with, a primary massive candidate (about 8 – 25 solar masses) in a binary pair of stars undergoes a supernova event, collapsing into a rotating, classical pulsar (which means its spinning several times per second on its axis). The binary system survives this violent event, and the pulsar emits its radiation for a relatively short period of time (astronomically speaking).

Eventually, these emissions cause the pulsar to slow down enough that it no longer is able to produce pulses, and so it becomes a regular neutron star in an orbit with its main sequence companion. Then, after billions of years, the secondary main-sequence star undergoes its nuclear evolution, expanding in size and filling its Roche lobe.

At this point, matter spills from the expanded secondary onto the primary (pulsar) causing it to spin up to faster rotation periods – some hundreds of times per second. This re-ignites the pulse mechanisms and a millisecond pulsar is born.

Observations of the Galactic Centre have revealed only a small number of LMXB systems (42 in total), whereas the model predicts the region should host at least 1,000 of these systems – so there is a discrepancy between simulation and observations. Additionally, when pulsars are born the progenitor supernova event can give them a ‘natal kick’ and move them away from the region they used to exist in, such as the Galactic Centre.

As part of this study, Anuj and the research team demonstrated that this population discrepancy can be mitigated if we consider the birth of MSPs through another method – the collapse of heavy white dwarfs after accreting material themselves. Under this idea, the morphology, spectral shape and intensity of the GCE signal worked well, and still fit in with LMXB models.

In July 2020, Florian List, a PhD student from the University of Sydney used the power of neural networks (machine learning) to consider the GCE problem. In this study, the machines were taught to consider if the GCE signature was either ‘smooth’ which would be a sign of dark matter annihilations or more like ‘discrete points’ which would indicate the presence of MSPs producing the gamma-rays.

They found that whilst the results were not conclusive, the dark matter smooth component was preferred by the neural network.

The paper has been published in the journal, Nature Astronomy. 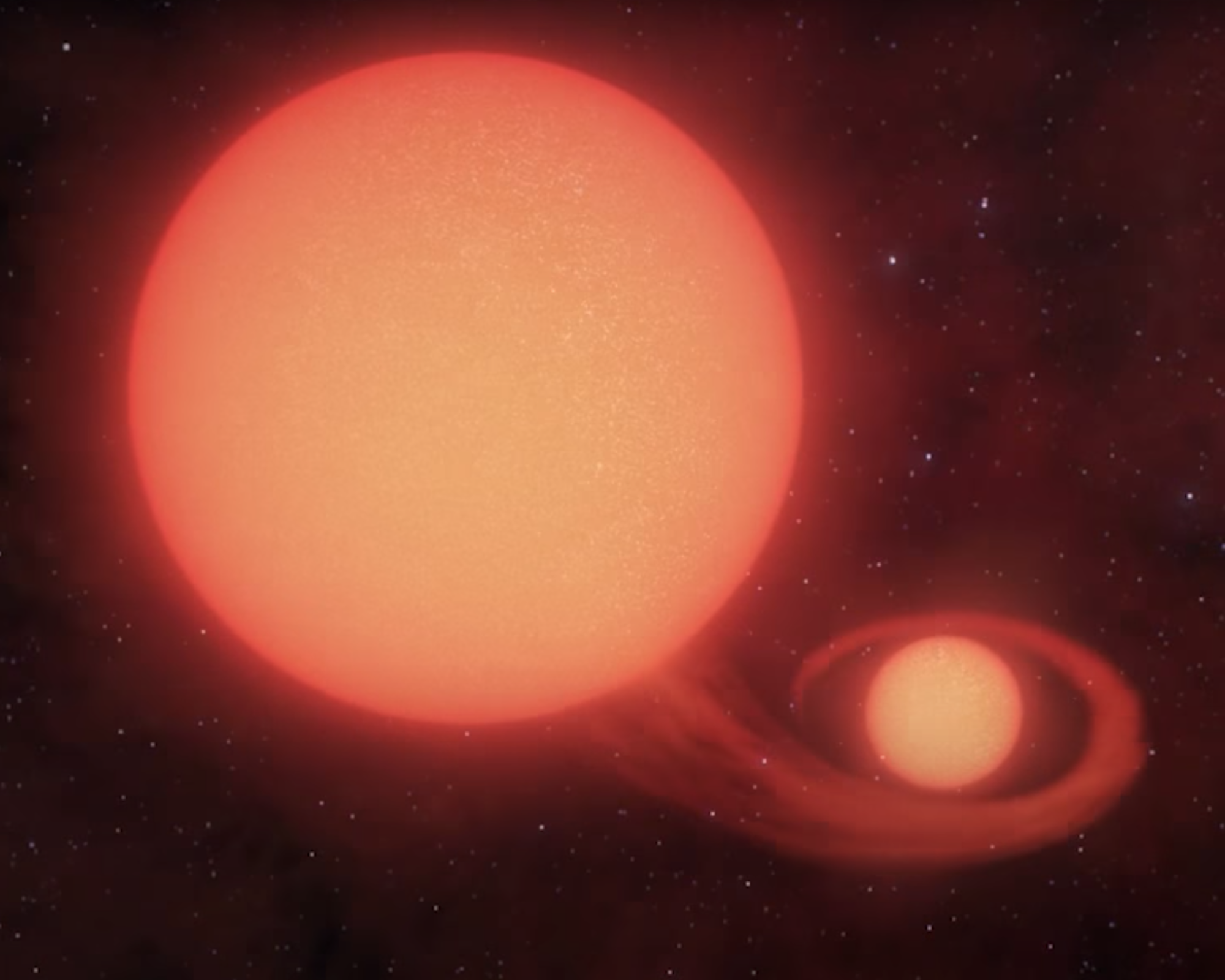