With Moonhack 2021 just around the corner, young people have an opportunity to learn about (and code) the story relating to Dhinawan, the Emu in the Sky constellation recognised by the Gomeroi people.

In a very special lesson this year, young people will have a chance to learn about one of Australia’s most beautiful stories and connections to the cosmos, with a dedicated coding lesson that focuses on the Gomeroi story about the Emu (Dhinawan) in the Sky.

As the first astronomers, Aboriginal and Torres Strait Island people have been looking up at the night sky for tens of thousands of years and used the patterns they observed to draw constellation that assisted them with agriculture, navigation, ceremonies and further knowledge.

In the case of Dhinawan – the giant Emu that stretches across the Milky Way band – where it is positioned in the sky from season to season, can reveal a lot of information about securing a food source at the right time of year.

For example, when the emu reaches its first full appearance in the sky (where the head down to the body can be seen above the horizon), it is said to be the mating season of the emu. As eggs are laid, this was the time of year for the Gomeroi people to gather the eggs as a food source. An excellent overview of the Emu in the Sky story from the Kamilaroi, Euahlayi, Ngemba and Murrawarri people has been documented by Fuller et al. (2014) in the Journal of Astronomical History and Heritage. The story of Dhinawan is shared across many language groups.

Interestingly, unlike western astronomy which only utilises the stars to draw out the shapes of the constellations, Aboriginal and Torres Strait Island people also use the dark patches of the Milky Way band to form their constellation shapes – which is showcased in the case of Dhinawan where one can note the head of the Emu is the dark nebula known as the Coal Sack, which resides in the Southern Cross.

As part of this lesson, young people will have a chance to learn about the Emu in the Sky, its important relation to Aboriginal and Torres Strait Island peoples, and how it has connected Indigenous Australians with the sky for tens of thousands of years.

Further information and reading, including journal papers about a range of wonderful Aboriginal and Torres Strait Island astronomy, can be found on the Aboriginal Astronomy website.

Registrations for this year’s program are currently open and will run through until the event’s completion on May 30th Participants are encouraged to register in this period and will receive special tips, certificates, and fun resources.

SpaceAustralia.com acknowledges the Kamilaroi/Gomeroi people as the traditional custodians of this story. 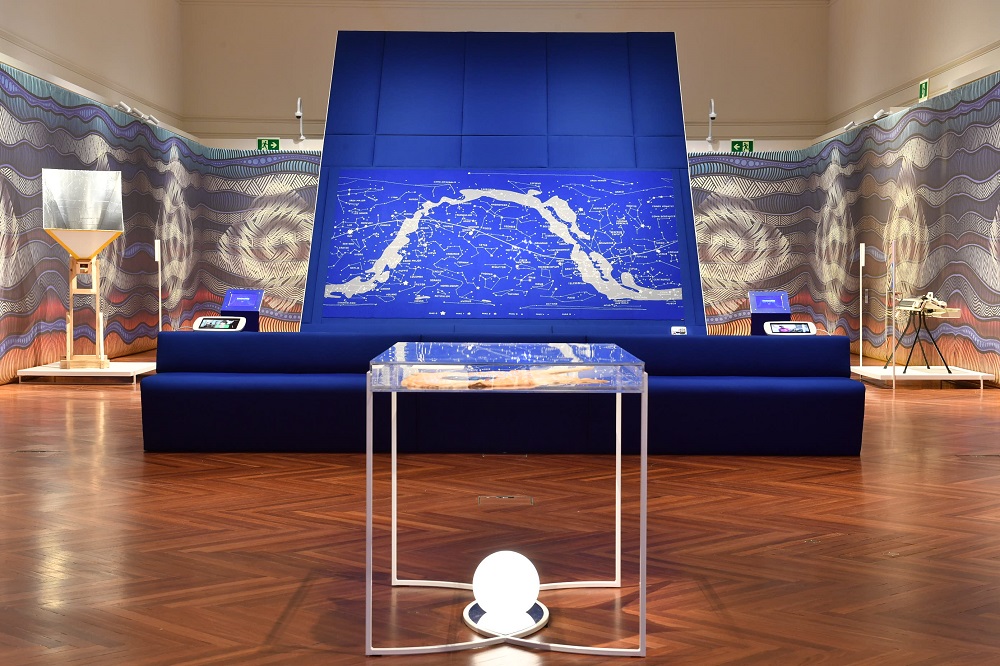 Stars of a New Library Exhibition 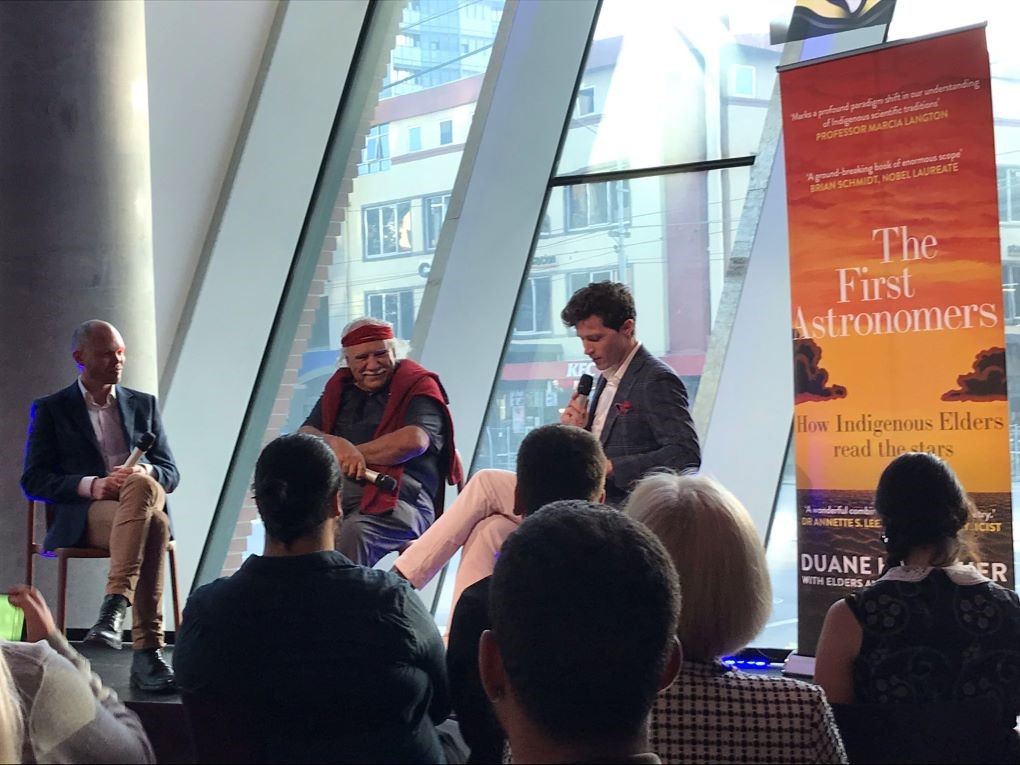 The First Astronomers - The journey behind the book 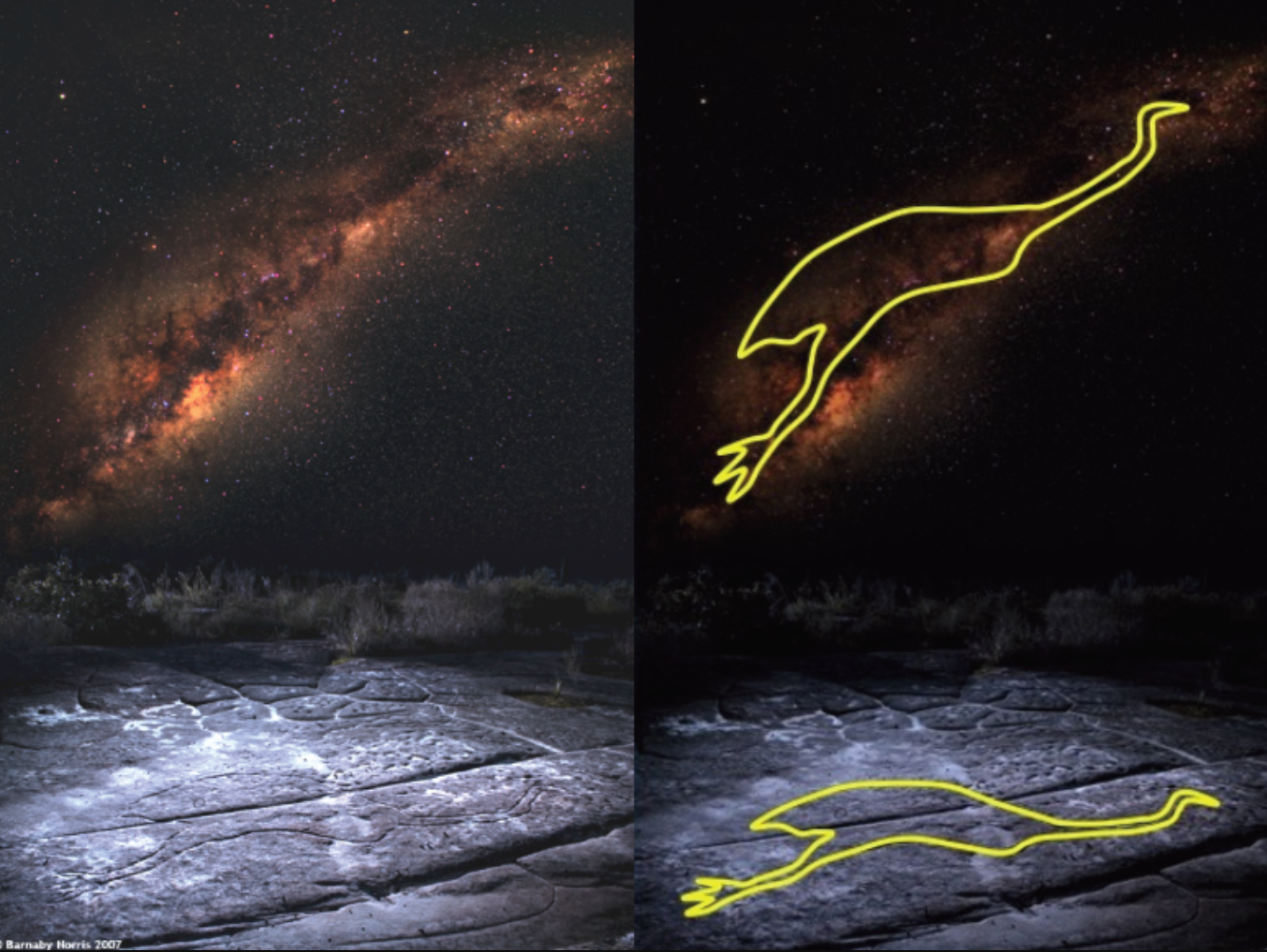