Astronomers have used the Murchison Widefield Array (MWA) telescope in the outback regions of Western Australia to detect a new pulsar at low-frequencies – and now hope to find more in our southern skies.

Using a peculiar array of antennas that resemble giant metallic spiders as a radio telescope in the Western Australian outback is always going to have its surprises. It’s not the typical kind of telescope that most people think about, yet it is placed as one of the best to search for certain objects in the Universe thanks to its location away from the busy human activity that can cause radio interference.

That’s why last week, astronomers were excited when they announced the discovery of a pulsar (called PSR J0036-1033) using the Murchison Widefield Array (MWA) telescope. The pulsar was found at exceptionally low frequencies (in which the MWA specialises) being one of the only telescopes in the southern hemisphere of its nature to do so.

The discovery was made by Ph.D. student Nick Swainston from the Curtin University node of the International Centre for Radio Astronomy Research (ICRAR) whilst he processed the data collected with the MWA, as part of an ongoing survey by the low-frequency instrument.

Pulsars (a form of neutron star) are rapidly rotating remnant cores of former massive stars, which had ended their lives in spectacular supernovae explosions. These stars spin very fast on their axis and blast out beams of energy in radio wavelengths into space.

Each time one of these beams sweeps past the Earth, our telescopes and detectors pick up a ‘pulse’ of radio light, similar to a ship out at sea that observes the sweeping beam of a lighthouse located far away on a distant landmass.

“Pulsars are born as a result of supernovae—when a massive star explodes and dies, it can leave behind a collapsed core known as a neutron star,” he said.

“They’re about one and a half times the mass of the Sun, but all squeezed within only 20 kilometres, and they have ultra-strong magnetic fields.”

“Every time that emission sweeps across our line of sight, we see a pulse—that’s why we call them pulsars,” he said. “You can imagine it like a giant cosmic lighthouse.”

To help confirm the discovery, follow up observations were made here in Australia with CSIRO’s Parkes 64-metre radio telescope (known by its traditional Wiradjuri name, Murriyang) as well as the 45-metre Upgraded Giant Metrewave Radio Telescope (uGMRT) located near Pune in India.

Each telescope operates in a different block of frequencies, with MWA detections ranging from 140 – 170 MHz, uGMRT Band 3 occurring in 300 – 500 MHz, whilst Band 4 runs through 550 – 750 MHz, and lastly the Parkes telescope looking at the large bandwidth of 704 – 4,032 MHz with its ultra-wideband receiver.

This new pulsar is the first to be discovered as part of the ongoing survey being conducted by astronomers using the MWA telescope, and whilst it shines brightly in the lower frequencies (which is perfect for arrays like MWA), it registers weakly in higher frequencies above 1,500 MHz – as determined with the Parkes dish.

The pulsar itself is located some 3,000 light-years away from Earth in the constellation Cetus and spins approximately once on its axis every second – a relatively slow pulsar when compared to other pulsars that spin hundreds in the same amount of time (the record currently stands at 716 revolutions per second).

Like all pulsars, it maintains a powerful magnetic field (in this case 4.4 x 1011 Gauss which is almost a trillion times more powerful than Earth’s) and has been dated to be approximately 67 million years old – forming roughly around the same time the dinosaurs were in their last days here on Earth.

“We’ve only scratched the surface,” he said. “When we do this project at full-scale, we should find hundreds of pulsars in the coming years.”

Pulsars are used by astronomers for several applications including testing the laws of physics under extreme conditions that we could never replicate here on Earth, or putting famous theories – like Einstein’s General Relativity through continual assessment.

“A spoonful of material from a neutron star would weigh millions of tonnes,” Dr Bhat said. “Their magnetic fields are some of the strongest in the Universe—about 1,000 billion times stronger than that we have on Earth.”

The MWA telescope, which has been in operation since 2013, and is a low-frequency radio array instrument, with an operating frequency range of 70 – 300 MHz. Its spider-looking antennas each contain 16 dipoles that are arranged in a 4 x 4 configuration, then placed atop a 4m x 4m mesh ground plate. This is known as a tile.

The MWA telescope features 256 tiles that are located at different distances from the core of the telescope, with the furthest tile creating a baseline that is 1.5 km long. Unlike regular radio dish telescopes that can be pointed at different parts of the sky, the MWA waits for the world to turn and the sky to sweep across its field of view. To detect the direction in which the radiation of objects is coming from, a special technique known as beamforming is applied to the array.

The MWA (along with CSIRO’s Australian Square Kilometre Array Pathfinder (ASKAP) telescope) is located the Murchison Radio-astronomy Observatory (also operated by the CSIRO) – an Australian and West Australian Government declared ‘radio-quiet zone’, where no mobile phones can operate, TV signals can be broadcast or transmission between devices of any nature be performed. These human-made radio signals might interfere with the weak signals coming from space being detected by the sensitive instruments.

PSR J0036-1033 was detected as part of the Southern sky MWA Rapid Two-Meter (SMART) pulsar survey, which is currently in its early stages and expected to commence collecting larger amounts of data by approximately 2023.

The SMART survey will look for pulsars across the entire southern hemisphere sky (all the way up to +30° declination in the northern hemisphere) in the lower frequency range of 140 – 170 MHz, well below the detection range of some of the other radio telescopes around the world.

“This finding is really exciting because the data processing is incredibly challenging, and the results show the potential for us to discover many more pulsars with the MWA and the low-frequency part of the SKA.”

Much like ASKAP, the MWA telescope is a pathfinder demonstrator instrument for Australia’s first mega-science project, the ambitious Square Kilometre Array (SKA) which is currently underway for development at the MRO. Australia will host the SKA-Low portion of the telescope which will scan the sky with unprecedented sensitivity and resolution at lower frequencies (50 MHz – 350 MHz), once the giant telescope sees its first light by the end of the decade.

“The study of pulsars is one of the headline areas of science for the multi-billion-dollar SKA, so it is great that our team is at the forefront of this work,” he said. 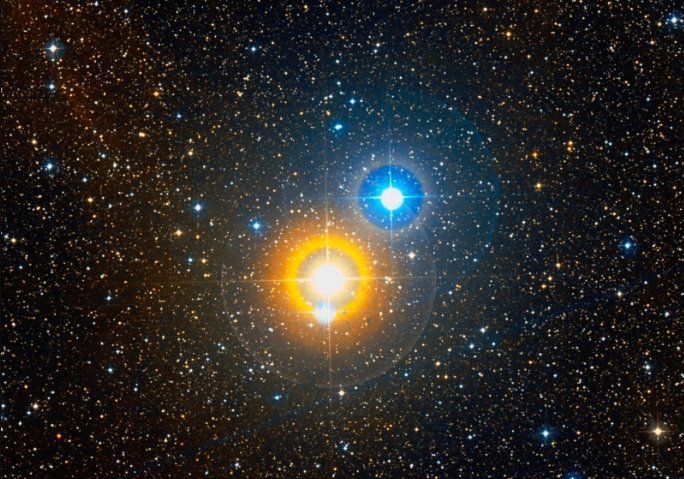