New Zealand aerospace company Rocket Lab is preparing for its 20th launch of the Electron rocket, and one that will be a significant milestone in their quest for reusable rocket technology…

Back in 2018 a little company operating out of the picturesque Mahia Peninsula on the north island of New Zealand launched a rocket known as the Electron into orbit with a payload of three CubeSats and a reflective sphere called Humanity Star. The ‘disco ball’ might have burned up just months later, but the company, Rocket Lab, has gone from strength to strength. Next month the Electron rocket will blast off for the 20th time on a mission dubbed ‘Running Out of Toes’.

As the saying goes, “space is hard”, and so every successful launch is something special. But this one is looking to achieve something that only one other space company has been capable of doing. Rocket Lab is going to be recovering the first-stage rocket booster back on Earth for just the second time.

Though Blue Origin has a sub-orbital rocket with a recoverable first stage, and NASA was able to reuse its Space Shuttle orbiter, only SpaceX had flown reusable orbital-class rockets back to Earth prior to November 2020. Coincidently, that was when Rocket Lab successfully returned an Electron booster from an orbital launch to the Pacific Ocean for the first time, during a mission aptly named ‘Return to Sender’.

On that occasion, the booster flew for two and a half minutes to an altitude of 80-km before separating from the second stage, flipping around 180 degrees, and deploying a parachute that slowed it down enough to make a soft ocean landing. It was picked up shortly thereafter by the ‘Catch of the Day’ recovery vessel, a little worse for wear, but with a wealth of valuable data that the Rocket Lab engineers immediately began working through.

Now, with a bunch of updates including a new, more advanced, heat shield, Electron is ready to do it all again as the second of three planned ocean splashdown recovery missions. Once they are complete, next on the agenda will be, wait for it, catching rockets with helicopters. And yes, this is real.

While Rocket Lab are yet to reuse their recovered rockets, many of the individual components have been recertified for flight. There’s a difference between getting an orbital-class rocket back to Earth in one piece and getting it back in condition to fly again, but Rocket Lab have the experience, the engineers, and the innovators so you can be very confident that that will happen soon.

The key behind Rocket Lab’s push for reusability is launch frequency. Even if a rocket could only fly twice, production would be effectively doubled, as would the potential for innovation through access to space. You could reasonably expect that this would also drive down the cost of smallsat launches, a bit like getting the service of an Uber for the cost of a bus ticket.

But if space is hard, then “reusable is a nightmare”, because you need to slow a one tonne booster from eight and a half times the speed of sound to about jogging pace while dealing with plasma shockwaves as hot as the surface of a red dwarf star and the aerodynamic equivalent of having three elephants sitting on top of the rocket. Rocket Lab refers to this as ‘the wall’, but they’ve only given away a few clues about how they are able to get through it.

While SpaceX uses propulsion for its controlled booster landings, Rocket Lab’s solution is passive, using aerodynamics rather than engines to decelerate. The goal is to eventually be able to recover a booster back to the launch site, recharge the batteries that power the electric pumps, a unique feature of the Rutherford engines used on the Electron, and send it on its way again.

And it is the engines, all nine 3D printed Rutherford engines on the first stage booster, that will bear the brunt of the extreme heat during atmospheric re-entry. Compared to this hellish phase of flight, the subsequent coast down to the blue waters of the Pacific after deployment of the drogue parachute will be positively serene.

With the global movement towards environmental sustainability rapidly gathering steam, this also seems like the perfect time for aerospace companies like Rocket Lab to be expanding their green credentials through reusable rocket stages.

With the successful completion of ‘Return to Sender’ and hopefully ‘Running Out of Toes’ there will be perhaps one more ocean splashdown test this year before the Electron stages will be captured in mid-air by helicopter. Between flying on other worlds (looking at you, Ingenuity), catching rocket boosters, and a pandemic that grounded nearly every other fixed wing aircraft on the planet, helicopters own the skies right now.

But while it will be the recovery of the booster that gets most of the press, there is another side to this mission. Rocket Lab will be delivering two Earth-observation satellites to orbit for BlackSky, a leading provider of real-time geospatial intelligence and global monitoring services. BlackSky, a US-based aerospace company, has already secured five Rocket Lab missions to deploy nine satellites this year to its growing high-resolution multi-spectral satellite constellation.

The two satellites are 130-kg class satellites and will be joining three others already sent skyward by Rocket Lab’s Electron rocket. While this mission is slated for May, the launch time is yet to be confirmed and will depend on a few technical factors and favourable weather conditions along the rocket’s planned trajectory.

This is going to be fun – Rocket Lab launches always are. But the company has even more in store for the future, and we can’t wait to bring you all the details.

So, cross your fingers, cross your toes, and get ready for the show. Watch as a rocket launches to space from farmland in rural New Zealand.

Marvel at the beauty and be inspired by the possibilities. I’ll see you on the live stream.

Watch the live stream of the launch here...

Running Out of Toes 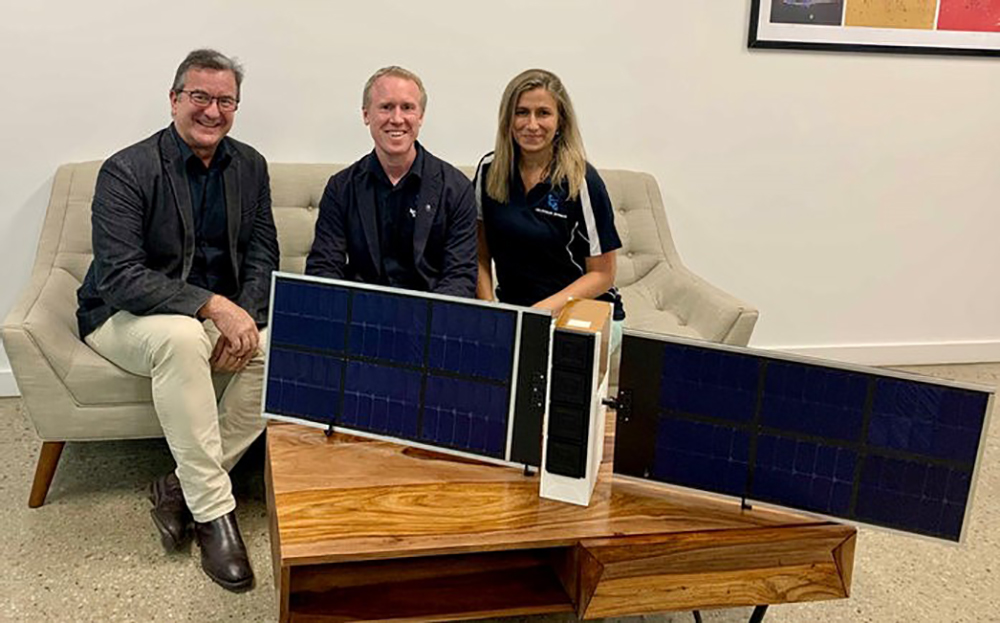 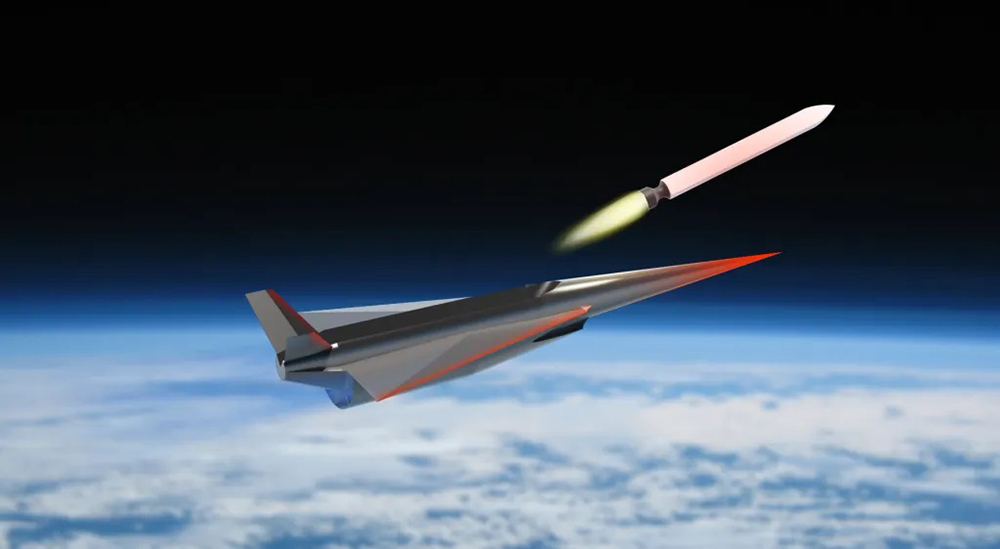 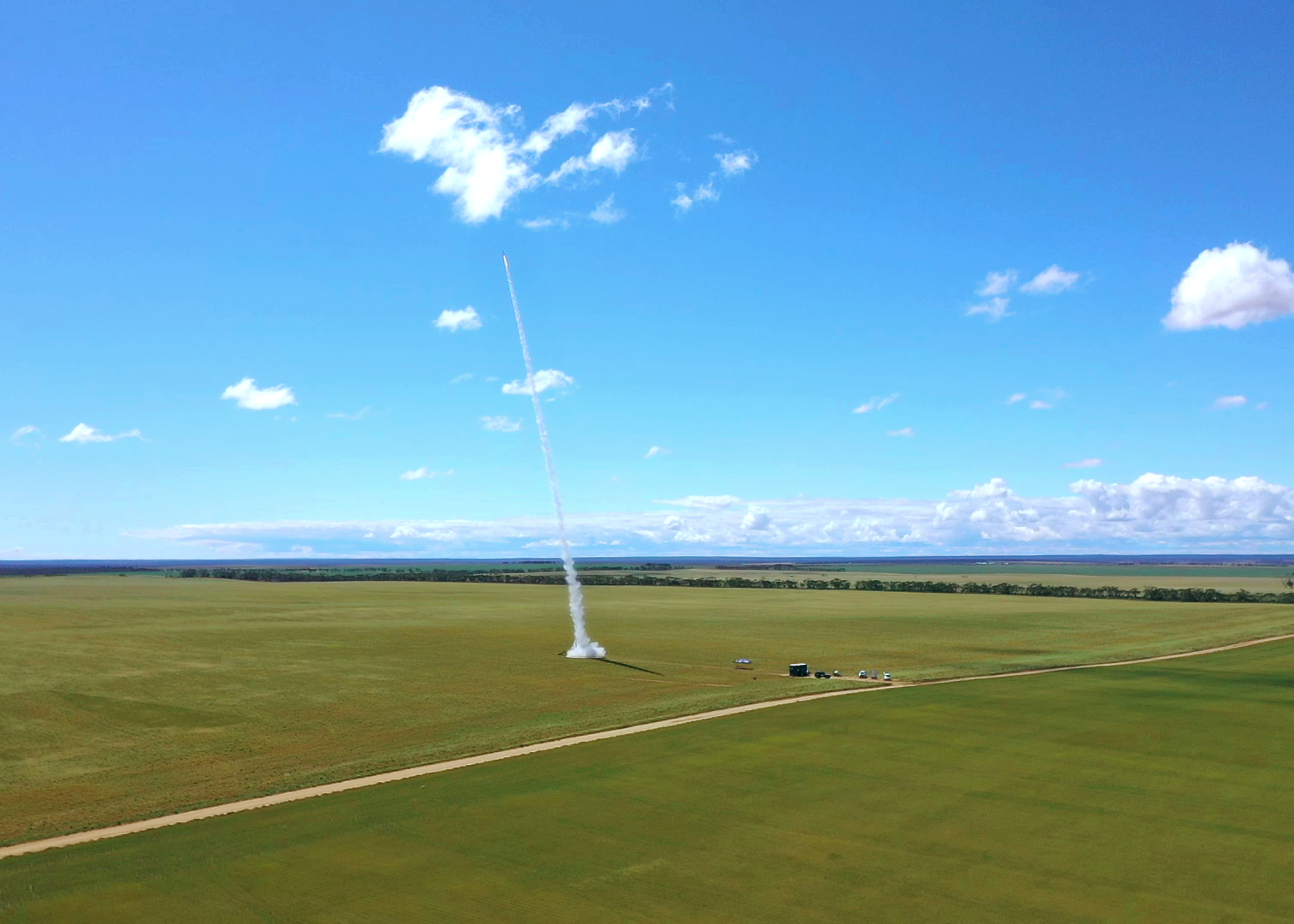