What’s in a planet’s name?

The names of the planets in our Solar system have changed across the ages, just as the languages around them have evolved. Now a new book by Isobel Romero-Shaw takes a journey back into the fascinating etymology of the bright wandering objects we see in the sky. 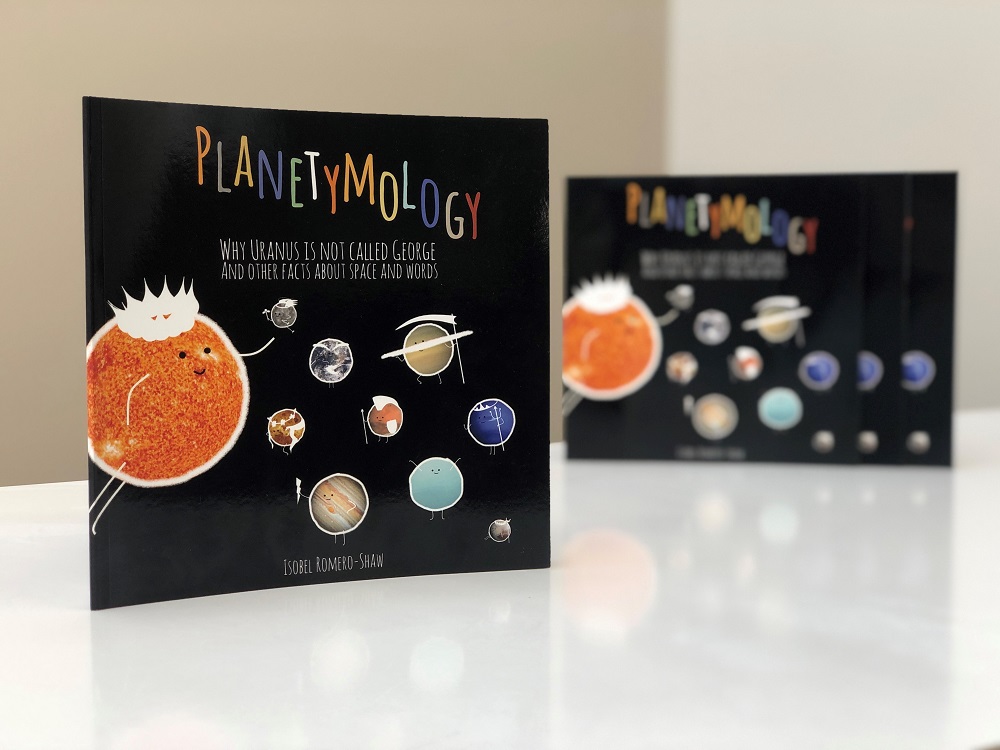 Do you ever wonder how the Planets got their names? Everybody has heard (at one point or another) a silly joke about Uranus, but imagine if it had stuck with its original name – “Georgium Sidus” (which translates to George’s star, after King George the Third) – well, things would have been much worse for the distant Ice Giant.

The evolution of languages around the world all led into what we call the planets of our Solar system today – even the Sun, who’s name is “Sol” in Latin, has had a variety of names across the ages.

This is the basis of Ms. Isobel Romero-Shaw’s first book, Planetymology, following the journey over historical times, locations and languages to learn about the original naming of the bodies that humans have been seeing wander the night sky for thousands of years.

Isobel describes her book as an illustrated introduction to the etymology – the evolution and origins of words – in the context of astronomy.

“It focuses on European observations of the planets: from Mercury, which was known to the Ancient Greeks and Romans, all the way to Pluto, which was discovered as a planet in 1930 and then demoted to dwarf planet in 2006.”

“Planetymology walks the reader through the Solar System, introducing the cosmic entities encountered on the route both as characters from Roman and Greek mythology, and as exotic worlds with alien characteristics,” she said.

“It traces the planets’ names all the way back to words used by the first humans in Europe and shows how they often have surprising links to other commonly-used words. For example, ‘Venus’ - the Roman goddess of love - has the same original root as the word ‘venom’!”

Growing up, Isobel was inspired by the American theoretical cosmologist Janna Levin and Ada Lovelace, who paved the way for computer programming.

“I want to be Janna Levin when I grow up - she does amazing science, writes amazing books and gets involved with amazing art projects. I’m also a big fan of Ada Lovelace, the first computer programmer, who was into ‘poetical science’ and saw how maths and science could be used to create art.”

Isobel’s career in astrophysics didn’t start out in the field, until and by chance, she was completing a science assignment when the results changed as she was writing it up.

“I wasn’t particularly passionate about astronomy until, on a whim, I decided to write one of my uni coursework essays on gravitational waves. I hadn’t heard much about them until then, and the idea that this four-dimensional fabric of the universe was rippling under the influence of huge amounts of accelerating mass totally caught my imagination.”

“This was at the start of 2016, just before the announcement of the first gravitational-wave detection. That announcement actually happened a couple of days before the deadline of this essay -- so I had to rewrite everything at the last minute to reflect that one of these fantastical-sounding waves had actually been detected!”

“It was so thrilling to have stumbled upon a field that was just blooming as I was writing about it, and I’ve been looking at space through gravitational-wave tinted glasses ever since.”

So, what advice does Isobel give to other young women who want to jump into the field?

“I would say, always take as many opportunities as you can -- especially if they’re out of your comfort zone.”

Planetymology is one of five signed books you can win by entering the #SpaceAusSTEM challenge over this last week – simply tell us (on social media) who your favourite women in space are (historical or current) and you’ll be in the chance to win this wonderful book, along with four other signed books by prominent women in space that we’ve curated. Find out more information about the competition here. 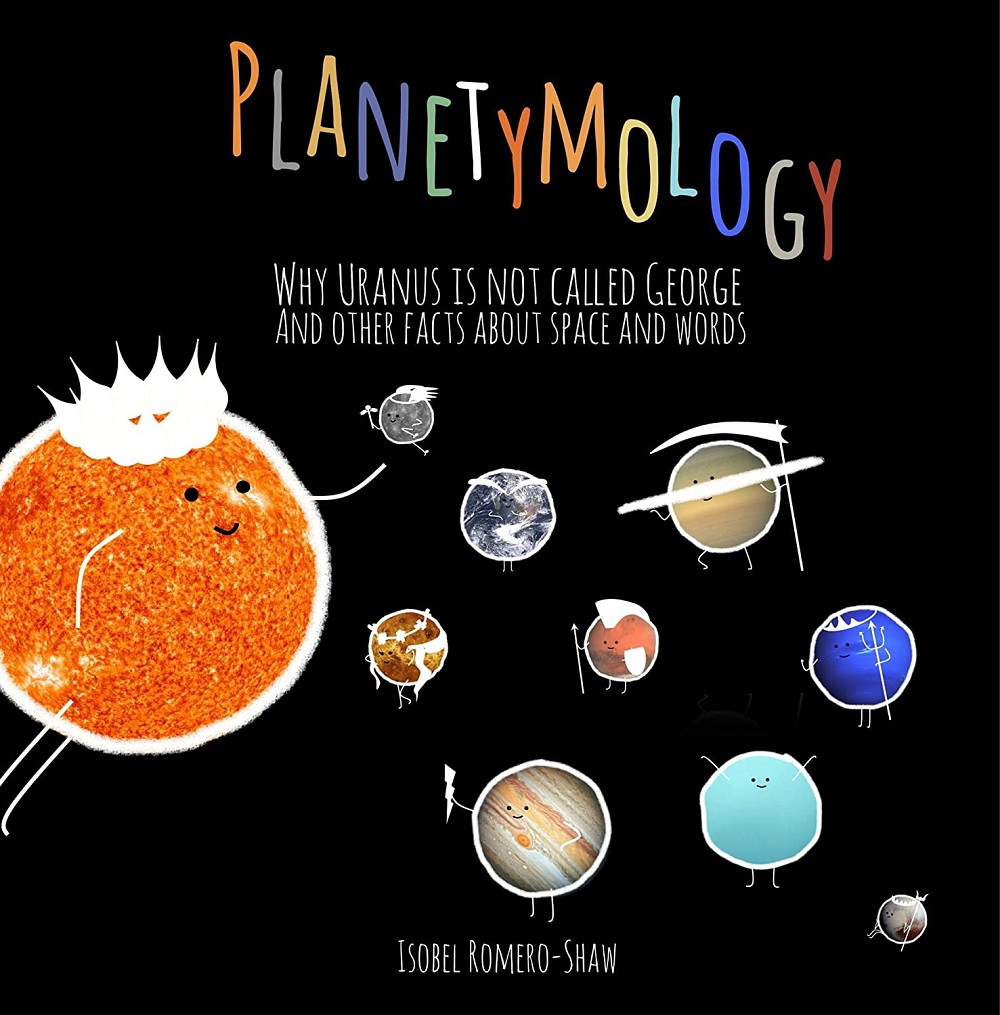 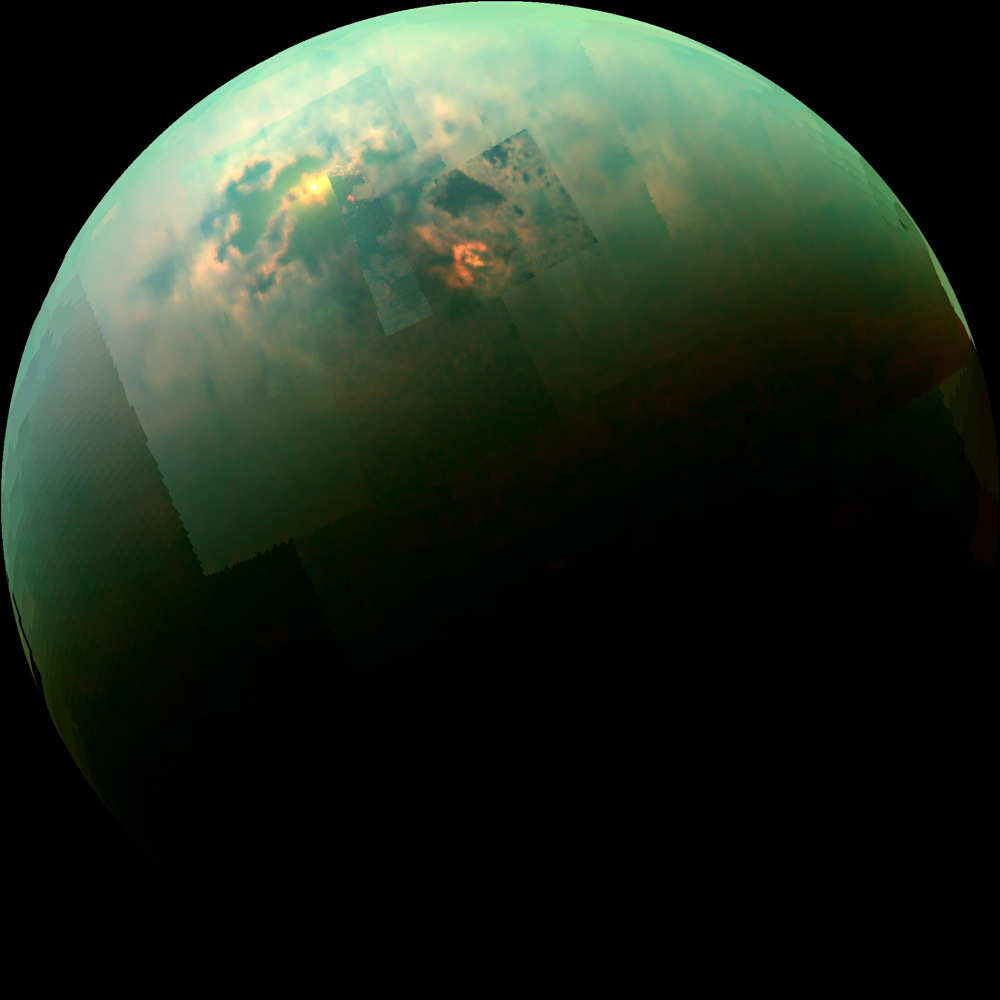