In March each year we not only celebrate International Women’s Day but we also enjoy learning about all the contributions women have made to society during Women’s History Month. Originally started in the US in 1987, it has in recent times, in part due to social media, become more well known across the world.

What is your role at Gilmour?

I head up the corporate operations at Gilmour Space Technologies. It is a very squishy title that changes month to month, as the company is just growing so fast. In the 18 months, I have been with the company it has tripled in size, so the edges of the role are intentionally squishy but in general, the role encompasses, governance, legal and administration.

Governance is anything to do with capital raising, the board, the shareholders or the CAP table (the capitalisation table that is a breakdown of a company’s shareholders’ equity).

Legal is anything to do with licensing or regulatory matters and administration which is a bit more abstract but covers things like ensuring that we've set the appropriate levels for our insurance, balancing risk, and figuring out how we can improve documentation and processes to avoid single points of failure.

That is roughly what I do at the moment, we will see what the job is like next month.

Before I was at Gilmour I was at RocketLab, and immediately before Rocket Lab, I had founded a financial technology startup. I am very passionate about financial inclusion. It was a peer to peer currency exchange largely targeted at workers who emigrate and are then sending money home, to essentially get better rates for them. After about two years, however, we decided to shut it down, as my co-founder had their first baby, and a start-up baby is definitely better in the hypothetical than it is in reality.

The one thing I can do really well is write, so that was how I got into Rocket Lab as a technical writer and then as soon as I got there I was like this is the coolest thing ever. Do other people know that we build rockets here? It was amazing and I just fell in love with it.

What advice would you give to people looking to start their career in the Australian space industry, whether they are new graduates or those looking to move their careers over?

You have to be able to learn fast and be pretty resilient and also be ready to unlearn things quite fast. But once you get into it, it’s just such an adventure! I don’t think many people get to say that about their work.

There was no real space industry (in Australia) 10 years ago, so, whether you've just studied something, or you have been in a field for many, many years, the space industry is growing so fast and pulling so hard on the talent of the population at large that it is just about recognising if you're good at something and can we transfer it. Can we apply it to something in this industry?

Rocket scientists are great, but it's certainly not just rocket scientists, think of a recruiter who now has to recruit for satellite engineers or those who understand the ecology of space or policy analysts or lawyers.

I would absolutely say it's a really, really cool opportunity and not to be limited at all by whether the experience you've had or what you studied looks like a space thing because space absolutely just pulls in from all other industries at all times.

Which women in the history of the space industry do you look up to? What was it about their achievements that resonated with you?

One is Gwynne Shotwell (the president and chief operating officer of SpaceX). She's incredible and she's the person who inspired Nick Lindsay (Chief of Staff at Gilmour), who's been absolutely inspirational to me in my career, she was essentially his inspiration. In terms of doing the business operations side of things, she's doing them incredibly well and I kind of feel that by osmosis a little bit mentored by her, through Nick.

Naomi Altman - she was head of Avionics at Rocket Lab, she is a really incredible engineer and people leader. And you know, I think probably one of the gems of the Australian space industry, despite the fact that as an Australian she's never worked in Australia. [She now works at Zipline in the US, a company using drones to deliver blood and vaccines in Africa].

What do you think are some of the challenges that have you potentially faced, or women, in general, have faced in this industry and is there anything that you think we could do better?

There definitely are challenges because women are so few and far between on the ground and partly there are a few things that I think feed into that and I'm no expert on why it is but certainly there are fewer STEM graduates who are women. Which is really sad, but totally understandable given the experience many women have at university.

It’s very frustrating and I don’t know how to fix it. Where do you make the intervention, is it at the universities, is it at high school, or is it in the workplace? You want to say all of them, but realistically it's quite hard to target. 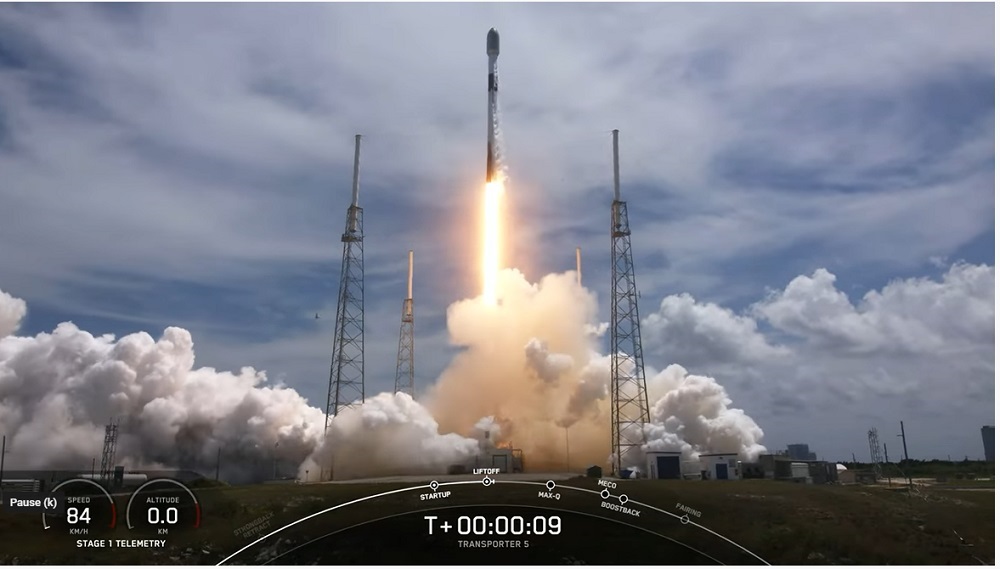