The 2021 Astronomical Society of Australia Annual Scientific Meeting was held last week, both in-person and online, honouring a range of participants across the Australian and New Zealand astronomy communities.

This year’s Astronomical Society of Australia (ASA) Annual Scientific Meeting was a little different. With hubs in major cities operating and allowing some people to attend, others checked in online due to the dynamic situation with the current Covid-19 outbreaks across the country.

The conference (a hybrid event that was hosted by the School of Physics at The University of Melbourne) still continued successfully with more than 130 presentations, several keynote lectures, and around 60 posters - jamming a lot of scientific content and conversations across the set out 5 days.

Held in July each year, the annual event offers the opportunity for researchers, scientists, and students to come together to hear about developments and new frontiers being explored by the astronomical community. Normally, the hosting University would host an in-person event, allowing face-to-face interactions, but given the pandemic continues into 2021 for most Australian’s, the hybrid model was introduced.

Under this model, cities that were not experiencing lockdown or Covid-related concerns got together in local hubs, whilst other locations only were able to participate online. The unpredictable nature of the pandemic stood out this year, with the Melbourne hub having to switch from the local hub model to the online model, as a new outbreak emerged in the city.

Each year the ASA sponsors a variety of prizes and awards, recognising the excellent contribution to astronomy and astrophysics by Australian and New Zealand researchers, across a variety of fields.

This year, the prize recipients' research covered a variety of different astrophysical phenomena, such as globular clusters, black holes, and fast radio bursts.

The processes related to the formation of globular clusters – star clusters that are gravitationally bound in a spherical shape – were a mystery until Madeleine McKenzie, a student from the University of Western Australia, uncovered a key dynamic feature during her Masters’ research work.

Madeleine demonstrated how the material between stars plays a critical role in generating multiple populations of stars in globular clusters. These clusters are nearly as old as our Universe and, she suggests, represents the “fossilised record of the chemical evolution of the parent galaxy.”

The Bok prize is awarded to recognise outstanding research in astronomy or a closely related field, by an Honours or eligible Masters student at an Australian university.

Selecting the recipients of the ASA prizes is always challenging for the committee. In light of that, the selection committee also recognised work by Ethan Payne, as part of the Honour’s research he conducted leading to 2 first author publications and 1 co-author publication.

“Within my thesis, I explored the possibility of using gravitational-wave detections as a novel probe of the cosmological principle and the dynamics of binary black hole coalescences beyond general relativity,” said Ethan Payne

In his PhD thesis titled “Astrophysics of binary black holes at the dawn of gravitational-wave astronomy” Dr Colm Talbot from Caltech (formerly from Monash University) explored a range of problems related to binary black hole astrophysics.

This included creating models to probe stellar evolution and formation mechanisms of compact binaries and testing the prediction of memory arising from Einstein’s general theory of relativity. His research led to 4 first author publications and 7 co-author publications.

Dr Talbot was also a core part of a team that developed a Bayesian code to better infer the properties of gravitational wave sources called ‘Bilby’. The program quickly became a standard tool used by LIGO-Virgo research teams to determine the properties of detected black hole mergers.

Dr Joseph Callingham from Leiden University helped discover the intriguing Apep system. Named after the ancient Egyptian god of chaos, Apep is an extreme stellar system, featuring a triple stellar system, two of which are Wolf-Rayet stars. Dr Callingham and a team of researchers found that Apep was generating two types of stellar wind, one moving six times faster than the other, producing the spiralling and coiled structure observed.

The discovery of Apep utilised interferometry techniques in radio waves, as well as other portions of the electromagnetic spectrum to catch the interactivity of the colliding stellar winds - in a system that is potentially a progenitor for a cataclysmic and powerful event known as a gamma-ray burst.

Fast radio bursts (FRBs) are bright pulses of radio frequencies that spike above the entire background noise of the cosmos, and whilst several have now been discovered by telescopes across the globe - what causes them still remains a mystery and a hot topic of astronomy to date. FRBs can be once-off occurrences or repeating events.

CSIRO’s Dr Keith Bannister was awarded the Anne Green Prize as part of the 2021 ASA Annual Scientific Meeting, for his contributions towards the field of FRBs, having been involved in a number of successfully published papers. This included some of the first localisations of FRBs to their host galaxies, as well as finally detecting the missing baryonic matter in the Universe by utilising these bright radio signals as intergalactic probes.

To achieve these results, Dr Bannister and his team utilised the Australian Square Kilometre Array Pathfinder (ASKAP) telescope, located in Western Australia, which is owned and operated by Australia’s national science agency, CSIRO.

Professor Tamara Davis, an astrophysicist at the University of Queensland, has spent two decades trying to uncover the nature of dark matter and dark energy. This elusive and invisible matter and energy can be studied by observing their gravitational interactions on the existing matter that we see around us today, such as galaxies.

Through her work, she has helped discover thousands of supernovae to trace the expansion of the accelerating Universe, and detected the remnants of acoustic waves from the early Universe, in the pattern of galaxies over the sky.

Due to the ongoing pandemic, there has been a delay to the Robert Ellery Lectureship presentations. Professor Davis will deliver her lecture in 2022. Instead, this year’s lecture was delivered by the 2019 winner, Professor Matthew Bailes from the Swinburne University of Technology on "Surveying the relativistic Universe".

Sydney University’s Professor Geraint Lewis tackles topics ranging from tracing the history and formation of galaxies to searches for the mysterious dark matter both through his research and science communication.

Through articles (including many articles for Space Australia), popular-science books, podcasts, YouTube videos, public appearances and radio interviews, Professor Lewis discusses and explores questions designed to spark our interest in understanding our Universe. He believes that encouraging the next generation of STEM students is fundamental for Australia’s scientific and technological future.

Of course, in addition to the prizes, there were also student awards for the best student talks, posters and poster videos. With so many student talks and posters to choose from, the competition was tough for the judges, but the following entries were selected as winners.

1st place: Stephanie Monty (ANU)  -  "Astrometry with MAVIS: Pushing Past the Limits of Gaia to the Crowded Centres of Globular Clusters"

This new hybrid format of the conference was introduced and necessary given the current situation with COVID-19. Due to restrictions, the hubs in Sydney and Brisbane hubs were online, with Melbourne also joining this format at the end of the week. However, the format of this conference has shown us that the astronomy and astrophysics community can have events that are more sustainable and accessible, a passionate point raised by Adam Stevens in his talk, relating to the impact that conferences and the sector more generally have on climate change.

And that’s a wrap!

The ASA Annual Scientific Meeting allows the Australian and New Zealand astronomy communities to come together and share their science. The hybrid format of the conference helped ensure its success with a week of amazing and exciting science.

Whether it be finding Odd Radio Circles, studying quenched galaxies or discovering neutron-star black hole mergers, Australian and New Zealand researchers are making key contributions to the field of astrophysics.

On behalf of the whole SpaceAustralia.com team, we would like to wish all award winners, finalists, speakers and the community an enormous congratulations - there’s so much great science happening in our region, and events like the ASA really bring this to light.

Make sure you check out the #ASAASM2021 hashtag to see all the amazing scientific content from this meeting. 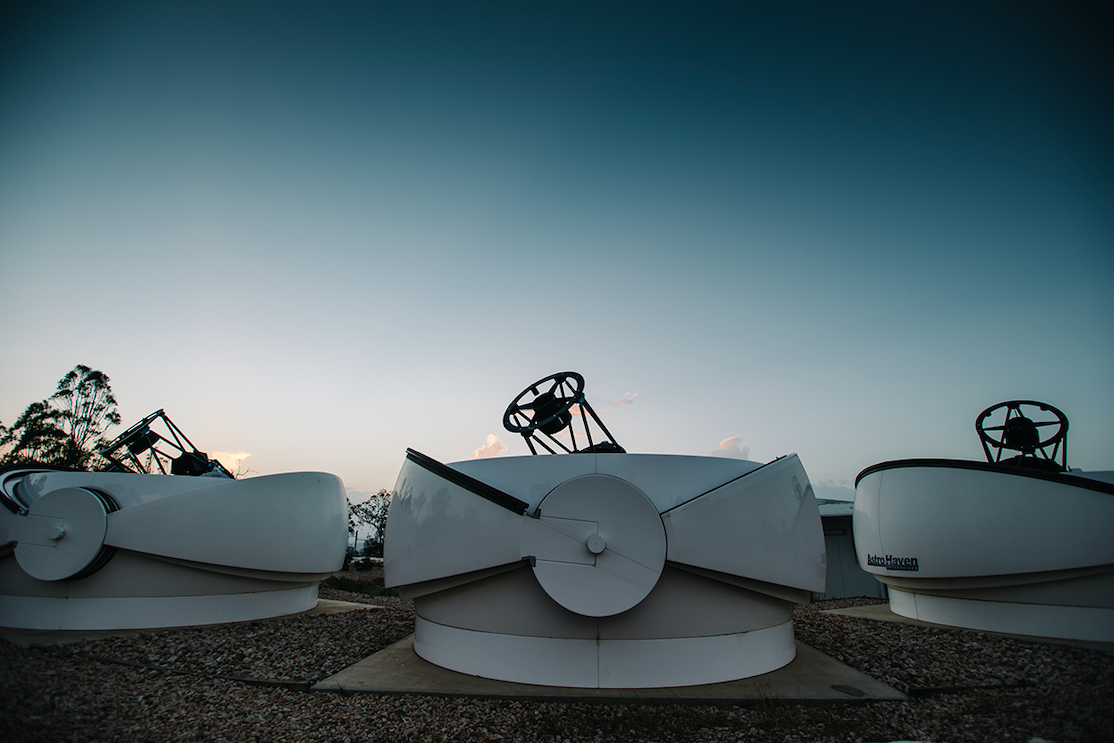 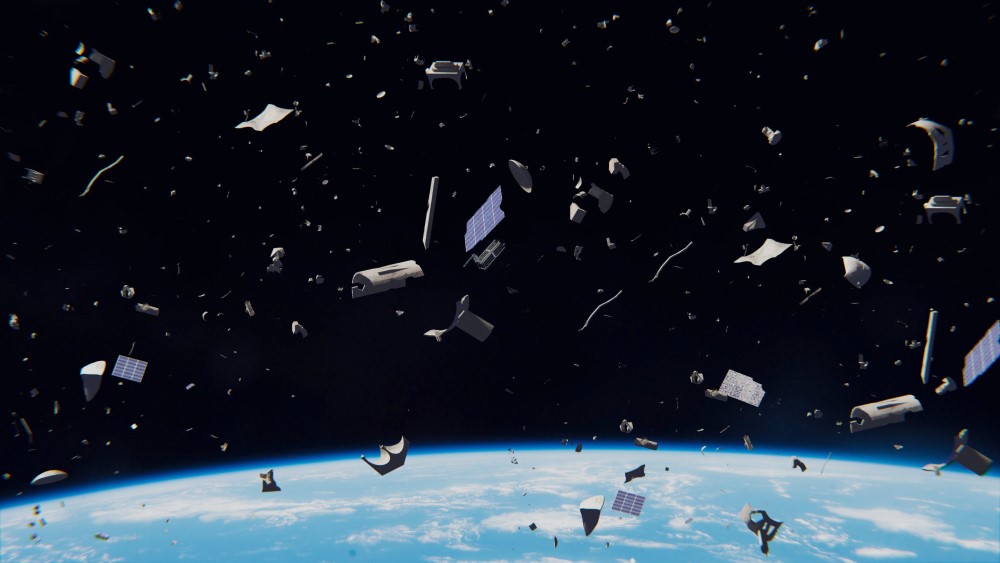