Hypersonix Launch systems have announced that they have been awarded a grant from the Modern Manufacturing Initiative (MMI) Defence Translation stream to further develop their DART AE Hypersonic Drone.

The grant will see the company take the next step in the development of the platform leading to the manufacture and launch of the multi-mission drone technology demonstrator.

“With Hypersonix Launch Systems being awarded this major grant, the Hypersonix team is ‘over the Moon’ and the MMI grant will provide a catalyst to our growth in Australia and ability to grow Australia’s export market in this key area of Aerospace technology,” said David Waterhouse, Managing Director and Co-Founder of Hypersonix.

Michael Smart, CTO, Head of R&D and Co-Founder added, “The team is extremely proud that our MMI grant application for the build and launch of DART AE has been successful. It gives us the necessary funding to quickly progress our core scramjet technology that has been fully developed in Australia.”

Since the first official announcement by Hypersonix to develop DART AE in November 2021, the global interest in the Australian company has grown. The hypersonic technology being demonstrated by DART AE exhibits scalability of manufacture, reliability, cost-effectiveness, and high cadence of manufacture, which should enable multiple low-cost launches in a short time frame.

Last year Hypersonix announced that they would be developing the world’s first 3D print of an entire hypersonic platform in high-temperature alloys, the Dart AE.

Earlier this month the company announced that they had completed all the tests required as part of a previous grant they had been awarded as part of the federal Accelerating Commercialisation program. The company conducted high-pressure hydrogen gas flow tests through its additive manufactured scramjet combustor at Bulwer Island on test rigs designed by its engineering team. The hardware in the loop (HIL) benchtop tests were the final series of steps required to meet the conditions of the grant.

Ryan Whitside, Scramjet Propulsion engineer at Hypersonix said: “It was an extremely exciting and pleasing week to finally run green hydrogen through our 3D printed scramjet engine as part of the testing at Bulwer Island. “

The completion of testing followed closely on the heels of a joint announcement with the University of Southern Queensland, LSM Advanced Composites, and New South Wales-based Romar Engineering.

The joint announcement of a $2.95M Cooperative Research Centres Projects grant from the federal government will support a project titled ‘DART CMP Airframe – a reusable hypersonic platform’ which will be powered by Hypersonix SPARTAN hydrogen-fuelled scramjet engine.

Waterhouse said DART CMP is the composite version of the DART AE due for launch in 2023. “AE stands for Additive Engineering and is the fully 3D printed version out of high-temperature alloys that are already available in Australia,” Mr Waterhouse said.

“The type of high-temperature composites we require for DART CMP are currently not available here, therefore there is an urgent need to develop these materials in Australia. We are thankful that the government acknowledged this gap and responded by accepting our application. We can’t wait to have these materials ready in mid-2025,” added Waterhouse.

“We are proud to [also be supporting] three PhD students with this project as well, we need more experts in this developing industry,” said Smart of the project.

Smart, who attended the recent Space  QLD 2.0 event at The Precinct in Brisbane said that it is a fantastic time to be in the Australian space industry. The event at which Smart was MC brought together Queensland-based industry, giving space industry entities an opportunity to network and share ideas.

“We made a really deliberate choice here to showcase all of the talent, research, the skills, and knowledge that appear in Queensland,” said Smart at the event.

The event showcased a number of people and organisations including, Gilmour Space Technologies, CSIRO, BOC, Boeing Research and Technology, and the University of Queensland. The event was hosted by Advance Queensland and was attended by The Honourable Stirling Hinchliffe MP - Queensland Minister for Tourism, Innovation, and Sport.

“It is a great opportunity to talk about space 2.0 and Queensland's role in that, but it is even more exciting to be in the room with the Queensland space sector at what we hope will become an annual event to grow and support the industry,” said Minister Hinchliffe at the event.

“Who would have thought that even a few years ago that we would be talking about Queensland joining the space race? It used to be the exclusive privilege of the major powers, those that had the resources to build the rocket ships and send people to the moon or aspire to do so,” added Minister Hinchliffe.

Queensland-based Hypersonix were heavily involved in the event, which aimed to showcase Queensland's space capability as well as build on a national drive to support the industry.

“The team is extremely proud that our MMI grant application for the build and launch of DART AE has been successful. It gives us the necessary funding to quickly progress our core scramjet technology that has been fully developed in Australia,” concluded Smart. 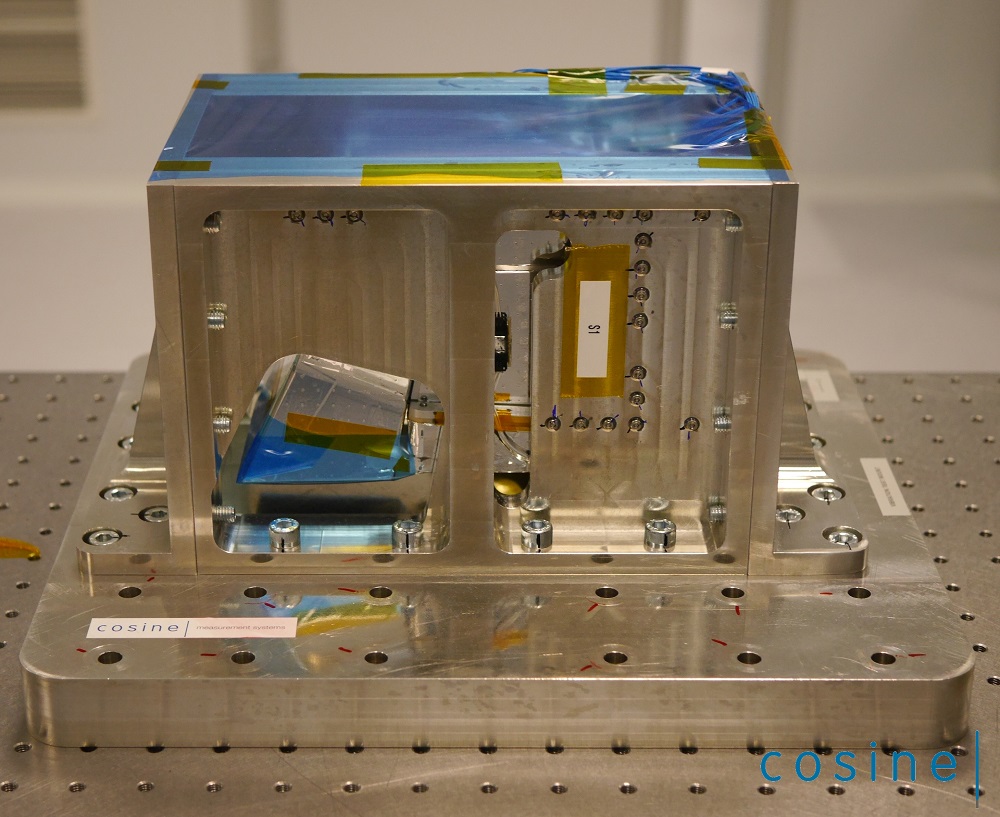