Hypersonix, who are hoping to deliver a green reusable hydrogen powered Scramjet for small satellite deployment, have successfully demonstrated the capability of their engine in the shock tunnel at the University of Queensland.

Hypersonix Launch Systems (Hypersonix) have successfully demonstrated that their scramjet engine can accelerate from Mach 5 to Mach 10 inside a shock tunnel at the University of Queensland (UQ). Their fifth generation SPARTAN scramjet has demonstrated it can accelerate up to 10 times the speed of sound in real-life flight conditions.

Hypersonix, who have recently announced a collaboration with Boeing to develop a proof of concept reusable hypersonic launch vehicle, have conducted 111 ground firing tests at UQ’s T4 shock tunnel testing facility in Brisbane.

"We put our SPARTAN scramjet through 111 shock tunnel test shots from Mach 5 to Mach 10 and it came through with flying colours, validating our latest design." Mr Waterhouse continued.

SPARTAN, which stands for Scramjet Powered Accelerator for Reusable Technology Advancement, will be used to power a reusable launch vehicle that will be used to deliver satellites into Low Earth Orbit (LEO) in an environmentally sustainable way. Hypersonix also recently signed an agreement with BOC to use locally produced green hydrogen to power the SPARTAN scramjet engine.

Hypersonics is the study of flight in excess of Mach 5, a little over 1.7 km/s. These air-breathing hypersonic jet engines have seen a large increase in interest over recent years as they are seen as an option for reusable launch capability and more efficient deployment of satellites and space technology into orbit.

“We developed an [air-breathing] engine that can fly at very high speed because that was something no-one had ever done, so we had an engine that worked at Mach 10 and actually Mach 12,” said Professor Michael Smart, co-founder and Head of Research and Development at Hypersonix.

They then needed to prove it could also work at lower hypersonic speeds, between Mach 5 and Mach 10. “We made some changes to it, we adapted it,” said Professor Smart, and this is the first time since making those adaptations that it has been tested at those higher Mach numbers.

“We were really pleased,” he said about the success of the tests. “We confirmed the Mach 5, 6, 7 [speeds] first, and as it worked as expected there, and as we went higher, 8,9 and 10, it actually worked very well,” he continued.

The SPARTAN is part of a three-stage system developed to launch satellites into LEO. The first stage, a rocket will ensure the scramjet reaches its minimum operating speed around Mach 5, the scramjet will then kick in and accelerate up to Mach12, where another rocket will take over, taking the payload into its final location.

"Launching satellites into LEO in a green and sustainable way has not been attempted before. Most businesses in the emerging small satellite market are using single-use rockets with high pollution to deliver their payloads," said Prof. Michael Smart.

"We will be using 100% Green hydrogen to fuel our scramjets. Hydrogen is more efficient and cleaner than other rocket fuels. SPARTAN will power Delta-Velos, a re-usable aircraft that is capable of flying to space like a commercial cargo plane, just a lot faster than any other cargo plane that has ever flown before,” continued Prof. Smart.

“The really interesting thing about these engines is that they generate a lot of thrust at low speed.”

“Hydrogen has so much energy that when you burn it in air it generates heaps and heaps of thrust,” he continued.

Testing hypersonic vehicles is complex and whilst the flows can be modelled using Computational Fluid Dynamics (CFD), these models need to be verified in-flight conditions. The free-piston shock tunnel has been designed to do just that. By using this kind of specialised wind tunnel it is possible to simulate, just for a few moments, the effects of high speed and high enthalpy (heat and work) during this kind of flight.

“It all started with Professor Ray Stalker who developed the free-piston shock tunnel, which is essentially a wind tunnel that can be used to simulate the exact conditions you have when you are flying a scramjet engine,” said Prof. Smart.

The free-piston shock tunnel is an Australian invention but is now used around the world to test hypersonic vehicles. Originally developed by Professor Ray Stalker, who in the 60’s developed and oversaw the construction of the “Stalker Tubes” at the Australian National University, before he moved to UQ in 1977. There he became Australia’s first professor of Space Engineering, in 1988 and went on to lead the NASA-supported Centre for Hypersonics.

Hypersonix have been using the T4 free-piston shock tunnel at UQ to test the SPARTAN engine. Currently, there are only two shock tunnel facilities of this kind in Australia, at UQ and at UNSW Canberra. Unlike a wind tunnel, the airflow is generated by a sudden release of pressure and hence testing is done in steps, at Mach 5, Mach 6 and so on and lasts for 2 or 3 milliseconds.

“We are doing everything we can without actually flying,” said Prof. Smart. “It would be fantastic if we could have a facility that could follow a trajectory, but that is just not possible, you really have got to go and fly it”.

The next steps for Hypersonix are to bring together the other components and put them through a mock flight. Now that the engine has been proven it needs the rest of the system, from the automation system through to making sure the tyres don’t melt are all working in unison to achieve the objectives of the tests, and eventually, flights. 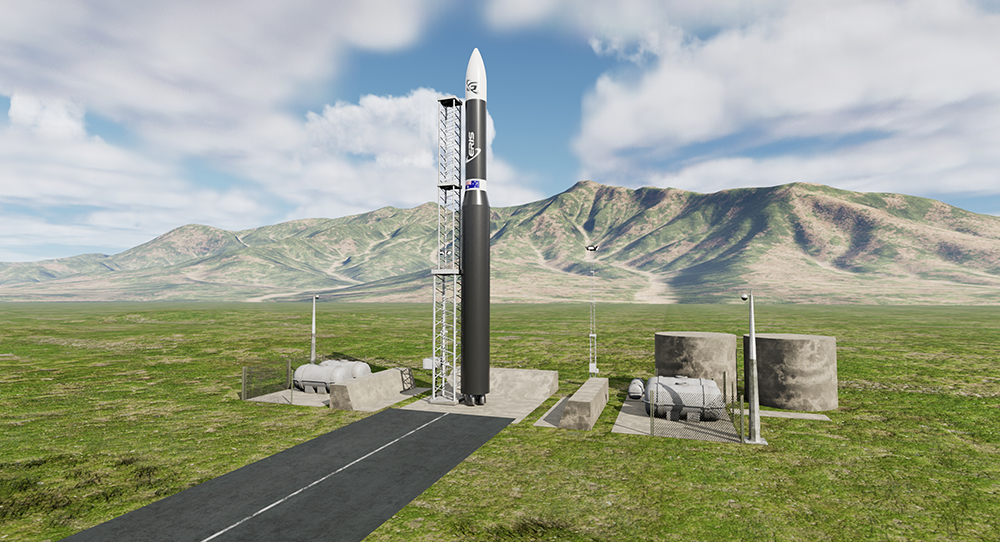 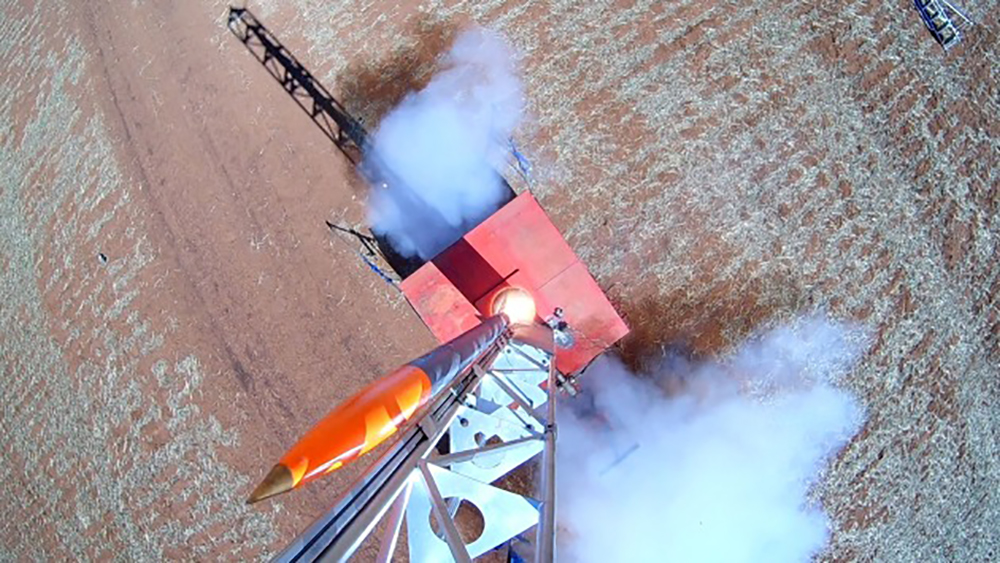 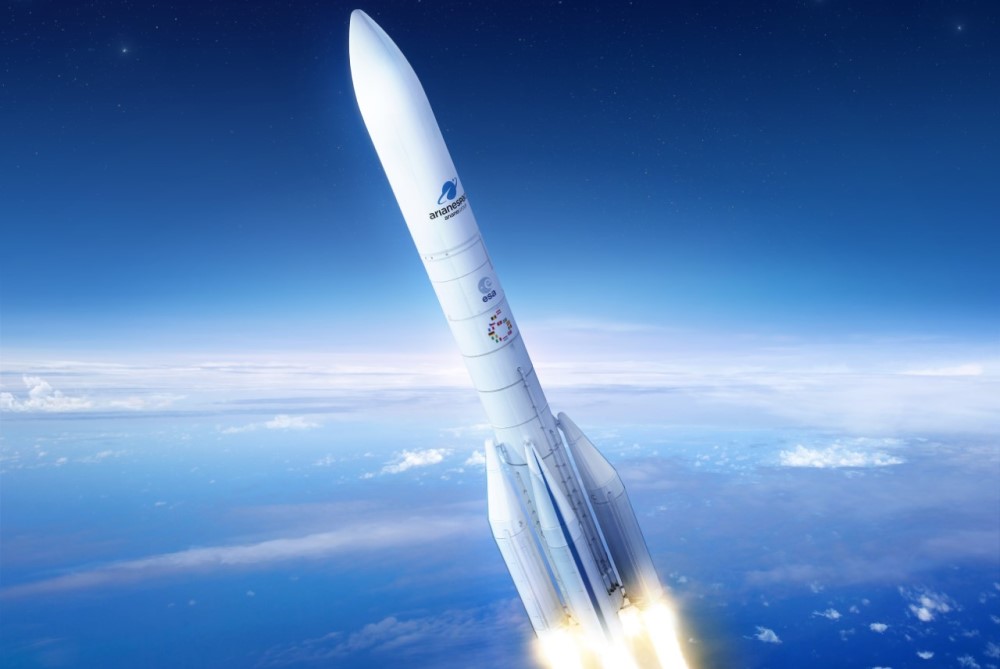