New Rocket Engine Coatings to be Developed in Victoria

Rocket engine components, including nozzles, are subjected to intense temperatures during operation. Now, a new collaboration between industry and academia in Victoria is developing new technology that will provide protective coatings to these parts.

Launching rockets into space is becoming common enough that you could be forgiven for considering it routine, but the fact remains that Earth’s gravity is a major impediment to leaving the atmosphere and one that can only be overcome by powerful and precisely constructed rocket engines. Now, Swinburne University of Technology and Amaero International Limited are now partnering with the Australian National Fabrication Facility Limited (ANFF) to develop new engine coatings that will help make them more durable.

Rocket engines are critically important to any space mission and loss of liquid engine thrust has been the most common cause of mission failure for space launches over the last three or four decades. Iffy rocket engines were a big reason that the N1 rocket failed to take the Soviet Union to the Moon during the space race in the 1960s, with the complexity of safely firing 30 NK-15 engines at launch proving to be too much of a hurdle to overcome.

But manufacturing and quality control have come a long way since then. Rocket Lab now regularly launch their Electron rockets complete with 9 electric first-stage 3D-printed Rutherford engines. SpaceX’s Falcon 9 also has 9 first-stage Merlin engines and has had a mission success rate of about 98%.

A critical component of these engines is the nozzle. Rocket nozzles have to be designed in such a way that burning hot combusted gases can escape the engine and provide the thrust needed to gain altitude and speed. Their job then is really just to convert thermal energy into kinetic energy, but even if it sounds simple, it’s not.

Warning. You know the saying, “it’s not rocket science”? Well, it is. And we are about to get technical.

As you can imagine, the gases in the combustion chamber of a rocket engine are hot – really hot. They are also at very high pressure. The nozzle needs to accelerate the flow of gases out the back of the engine, and at the same time reduce the pressure to something close to the ambient pressure.

They do that by first constricting the gases to accelerate them at subsonic speeds, and then allowing them to expand and increase to supersonic Mach numbers. A nozzle designed in this way is known as a convergent-divergent (CD) nozzle.

There are a couple of major design considerations here. First, the minimum cross-sectional area at the throat of the nozzle should be set to ‘choke’ the flow of gases and get the maximum mass flow rate through the system.

Now, if you’re still with me at this point you might be asking yourself “but given the pressure in the atmosphere decreases as we go up, doesn’t that mean that a nozzle only works at its maximum efficiency for a very short time?”. Good on you for asking such an intelligent question. And yes, it does.

If you’ve ever watched a rocket launch, and I highly recommend that you do, you might have noticed what are known as ‘Mach diamonds’ or ‘shock diamonds’ in the exhaust flow of the rocket engines. These occur because the exhaust pressure is lower than the air around it; that is, the nozzle is over-expanded. The Mach diamonds certainly look pretty, but they rob kinetic energy from the exhaust flow, decreasing overall thrust.

But as the rocket climbs away, the Mach diamonds disappear and eventually, you see an under-expanded flow in the upper atmosphere where the exhaust fans out and looks somewhat like a flower. Now we are missing out on a bit of extra velocity that could have been extracted from energy in the gas had the nozzle design been optimal at high altitudes.

So, it is only for a brief time somewhere in between that the nozzle is at its most efficient.

The space shuttle’s RS-25 engine nozzles are a good example of the compromise in design that is required. They needed to work all the way from launch to orbit, and were a bell-shaped design that was wide enough that flow separation would have occurred at sea level had the engineers not varied the angle of the nozzle walls from the theoretical optimum.

Now you know the basics about rocket nozzles, let’s get back to the work that the Swinburne University of Technology, Amaero International Limited, and the ANFF have partnered up on.

Because of the high temperatures of nozzles and internal turbine engine surfaces, they need to be constructed from exotic alloys and special materials if they are to be durable and reliable. This project will develop coatings that can be applied to rocket engine components, and will likely find further application in the aviation and defence industries.

The aim is to advance the technology associated with what are known as Compliant Multilayer Environmental Barrier Coatings (EBCs).

The Space Technology and Industry Institute is the engine room at the Swinburne University of Technology that is responsible for collaborating with future-focused industry partners and developing technologies that are central to the space sector.

They will be contributing to the cost of the project and focusing on designing EBCs and developing fabrication techniques. Amaero will provide $150,000 in funding over 4 years to support 2 PhD students to help identify suitable 3D printed designs that will allow for the construction of EBCs, as well as providing technical advice during manufacturing and performance testing.

With the space industry in Australia really booming right now research like this is another way for us to enhance our global reputation.

As it turns out, rocket engine nozzles are really cool. And new EBCs, developed locally, will help them stay that way. 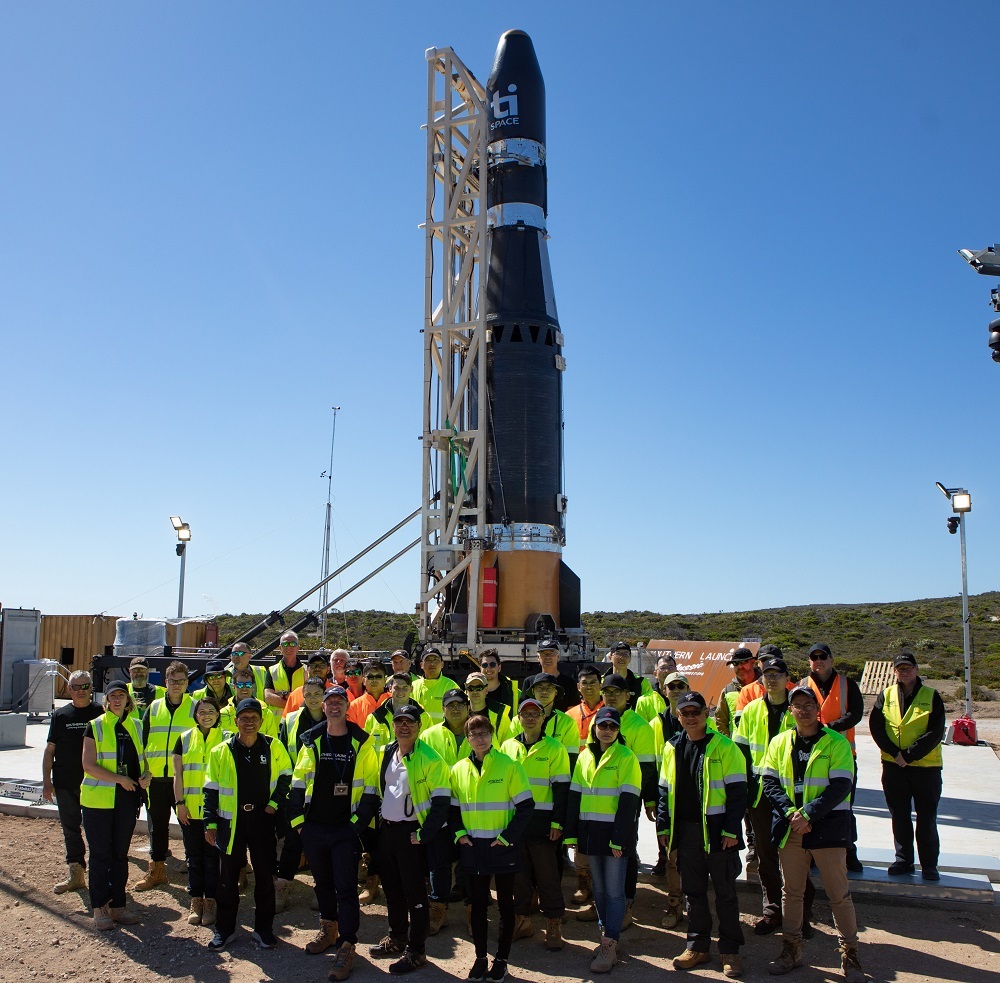