This week, three spacecraft from three different nations are arriving at Mars - the red planet which has captivated humans for centuries - to help redefine what the atmosphere and surface are like. There’s even a helicopter drone. Ph.D. student Eloise Birchall reviews the three missions and Australia’s role in them.

In July 2020, three missions to Mars were launched, and this week, they’ve started arriving at their target destination - the small, rusty rocky world, which once contained water that flowed through giant channels and into an ocean.

These missions were the Hope Orbiter, Tianwen-1 Orbiter/Lander/Rover and the Perseverance Rover, all from different countries and all hoping to provide a range of new observations and data that can tell us more about the red planet which has intrigued us for generations.

The reason all three had to leave Earth within the small window of opportunity between mid-July - mid-August in 2020 was due to an excellent and favourable alignment between both the Earth and Mars, which occurs once every 26 months. All three agencies took advantage of this fuel-saving opportunity and fired off their robotic explorers into deep space.

Each mission has its own science objectives, with UAE’s Hope spacecraft remaining in orbit to conduct its studies, whilst both the Chinese and NASA’s missions also include a lander that will touch down at different locations on the Surface to conduct even more studies. If their mission proves to be successful, China’s will be only the third nation (behind Russia and the US) to have sent a rover to the surface.

In lieu of these exciting missions, let’s take a deeper look at these three spacecraft and what they hope to achieve.

The Hope Orbiter is the first mission from the United Arab Emirates Space Agency (UAESA) and will study the weather on Mars, understanding both the daily and seasonal changes. It is equipped with instruments to obtain information about the water, ice, dust, aerosols and ozone in the Martian atmosphere, as well as temperature profiles and information about the thermosphere and the loss of hydrogen and oxygen into space.

The Martian atmosphere has played a deeply important role in the planet’s history and evolution. Mars is only about half the size of Earth, and as such, does not have as much gravity to retain a thicker atmosphere. It also doesn’t have a magnetic field like Earth.

When taking both these things into consideration over the billions of years of history of the planet, scientists start to draw conclusions about how the previously thicker atmosphere started thinning out, and as such, this leads to a drop in pressure and temperature on the surface - which in turn affects one of the biggest questions about Mars: where did all its water go?

The three scientific instruments on the Hope orbiter will help scientists figure out how the loss of this once warm, thick atmosphere changed Mars from being a wet world to the desolate desert it is today.

Earlier this week, Hope arrived at Mars and started taking photos from orbit, revealing the beautiful, large volcanic structures in the Tharsis region, including capturing the largest volcano in the Solar system - Olympus Mons, which towers at 25km above the Martian plains.

As the Hope spacecraft confirmed its arrival, social media users around the world celebrated the news of the successful Martian orbital insertion this week, signifying the first time any Middle Eastern mission has extended its reach out into planetary exploration.

Tianwen-1 is an all-rounder ambitious mission from the China National Space Administration (CNSA), which has an orbiter, a deployable camera, a lander and a rover. The jam-packed mission will be used to study both the atmosphere and the surface of Mars. The first to leave the mothership unit was the deployable camera, itself a small satellite which was released on the way to Mars, capturing images of the orbiter unit as it approached the planet.

The orbiter is packed with six instruments, including a camera that will obtain high-resolution images, a spectrometer that can help analyse data that reveals the type of surface rocks that are in view, and a magnetometer to better understand any elements of the odd magnetic field (unlike Earth, which generates its own magnetic field, the Martian magnetic field is induced through interactions of the solar wind).

There’s also the lander/rover unit, with the rover also carrying a number of instruments to monitor the weather from the surface, look for magnetic field interactions and even use a radar that penetrates the ground to look for underground water ice down to a depth of approximately 100 metres.

The orbiter has already transmitted data back to ground control and the hope is that the lander will reach the surface and release the rover in May 2021. The other key aspect of the multitude of instruments on the orbiter and the rover is the aim of searching for evidence of life (past or present), whilst also mapping the surface of the planet, understanding the composition of the soil, studying the water and ice distribution and examining the atmosphere, particularly the ionosphere.

Based on the learnings gained through the Tianwen-1 mission, China has also stated that it may aim for a Mars sample return mission towards the end of the decade.

Much to the anticipation of many people awaiting its arrival (NASA embarked on a public outreach program that resulted in 10.9 million names of people from Earth being inserted onto a microchip aboard the lander), the Perseverance Rover will utilise a daring and dramatic landing technique, which was also used on Curiosity, known as Skycrane.

As part of this entry, descent and landing (EDL) system, the capsule will enter the Martian upper atmosphere, with the heat shield protecting it through its fiery descent. Once cleared of this region, the parachutes will open to further slow it down.

This is followed by the most daring aspect of the EDL procedure - where the rover drops out from the parachute and utilises a series of small engine burns to level and adjust itself as it approaches the surface of Mars. Once at an optimal height, the 1-tonne rover is lowered to the surface via a cable, before slowly coming to a rest on the surface.

The Perseverance Rover will carry seven instruments including an x-ray fluorescence spectrometer to look at the finely structured composition of materials on the surface, ground-penetrating radar to look for underground water reserves, a new, powerful camera that can analyse the mineralogy of distant geological features, and an onboard experiment that will test the ability to convert Martian carbon dioxide (the prime atmospheric ingredient) into oxygen - which of course will benefit future human-based missions to Mars.

One of the more exciting features about the Perseverance mission is the world's first mission to remotely fly an autonomous helicopter drone on another planet. Named Ingenuity, the Mars Helicopter is about 1.2 meters in diameter across its rotors, and will make up to 5 flights once it arrives on the planet.

Each flight is only 90 seconds long, will hold a maximum altitude of 5 meters, and be able to travel about 50 meters downrange and back, and as a first, this is more of a test of the technology rather than a sub-mission to collect data. The really exciting thing about this is that the pilots will be on Earth and need to write programs to factor in the signal delay travel time to Mars and back, as commands and responses to and from the helicopter are beamed between the two planets.

The overall objectives for Perseverance is to look for habitability (areas that previously harboured life), hunting for biosignatures (signs of past or current life), caching samples and checking the oxygen production in the Martian atmosphere, in preparation for human visitors.

All space missions need to communicate with the Earth, whether it be to share the mission results, to give instructions to rovers or orbiters, or even - as a first - to pilot autonomous helicopter drones. Excitingly for those in Australia, we have one of these communication centres just outside our Nation’s capital.

The Canberra Deep Space Communication Complex is part of NASA’s Deep Space Network and has been involved with many past space missions, including Voyager 1 and 2, Cassini, and Curiosity, and this will certainly continue with Perseverance.

The Deep Space Network is made up of three stations positioned roughly 120-degrees apart across the planet. Canberra is one location, with the other two stations located outside Madrid, Spain and Goldstone in California. This positioning allows continual coverage with spacecraft out in the Solar system, like Perseverance, at all times.

Recently, the biggest antenna (DSS 43) at the Canberra Deep Space Communication Centre, which is managed by Australia’s national science agency, CSIRO - received an 11-month upgrade through the installation of a new x-band frequency transmitting system.

DSS 43 is a 70-metre antenna, the largest steerable dish in the southern hemisphere in fact, which has been in operation for 48 years - has played a vital role in communicating with spacecraft which have set off to explore the Solar system and beyond.

The new system, which not only allows it to communicate with humanity’s most distant object (Voyager 2), will also be utilised for communications with Perseverance as well.

Additionally, Australian planetary scientists are working with teams from NASA to utilise instruments onboard Perseverance, as well as analysing data captured by the rover for the next few years.

This includes analysis of the x-ray images captured by the Planetary Instrument for X-ray Lithochemistry, which will search for any evidence of microbial life within the geology - being led by Dr. Abigail Allwood, and Dr. David Flannery.

Local planetary scientists will soon have the opportunity to delve into the data that is captured by Perseverance, working as part of global science collaborative teams to analyse the detail that can reveal so much about the red planet, including adding further evidence (for or against) if life ever emerged there.

We can’t wait to see what new science and knowledge about our favourite planet will come from all three of these spacecraft over the next few years!

Eloise is currently a data scientist and astrophysics Ph.D. student who is passionate about science communication. Her favourite astronomy topics are all things related to planets, especially planet and star formation, and being taught planet formation from the perspectives of geologists and astronomers in her undergraduate inspired her to pursue a PhD in this field. 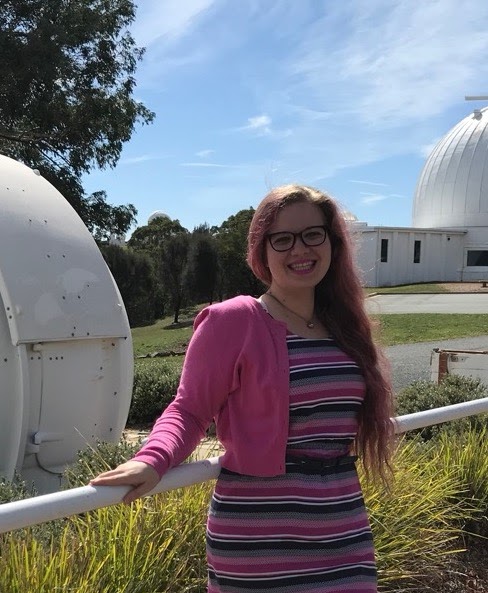 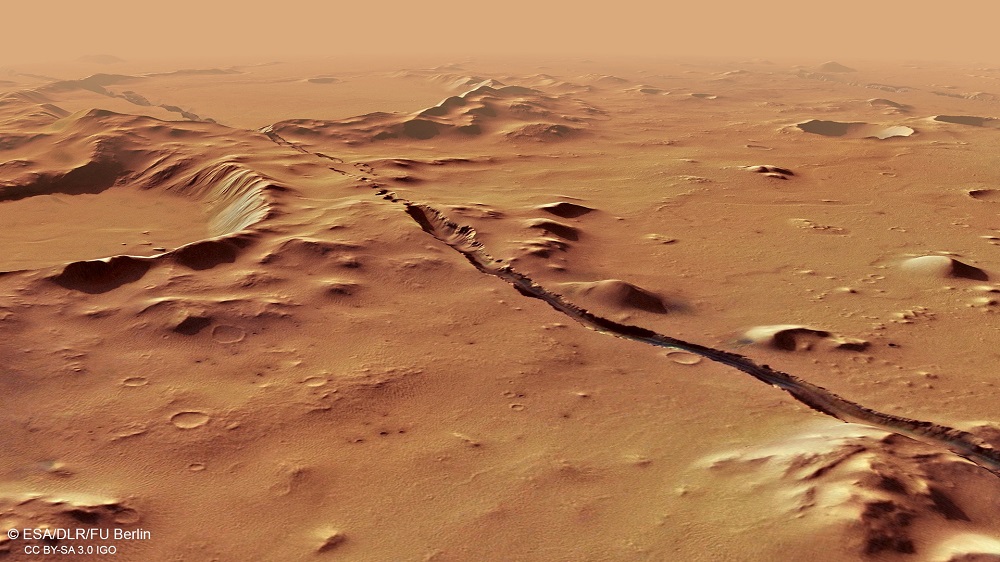 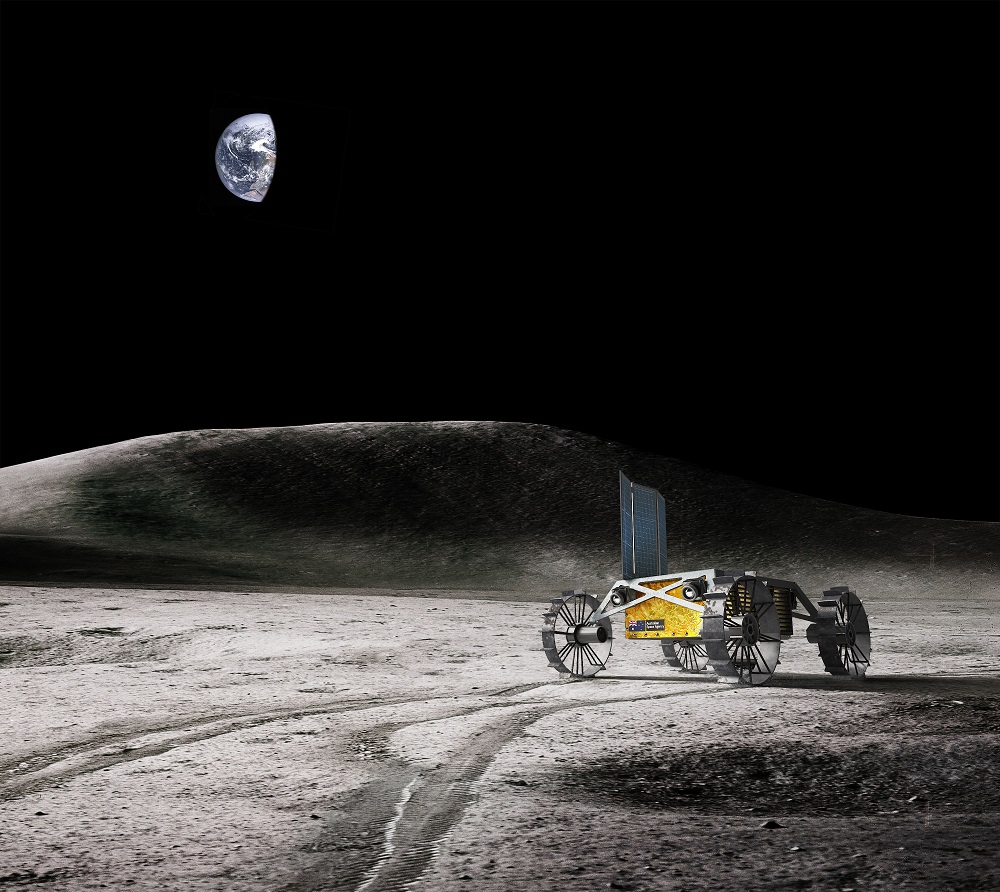 Fleet Space Technologies Shoot for the Moon and Mars