An Australian scientist and a backyard amateur astronomer have contributed to discovering a new, nearby exoplanet located 26 light-years away, revealing a hellish landscape that includes rivers of glowing lava.

An Australian scientist from Sydney and an amateur astronomer from Perth have helped detect a nearby exoplanet orbiting its own Sun and hosting an atmosphere that will hopefully keep scientists busy for the next 20 years, learning more about how these worlds beyond our own Solar system behave.

The planet, Gliese 486b, shares one similarity with our own – that they are both rocky planets, but that’s about the only common ground, with Gliese 486b approximately 30-per cent bigger in size, having almost three times our planet’s mass, and orbiting much closer to its parent star than Mercury does to our Sun – resulting in a furnace-like surface where temperatures reach 430-degrees Celsius.

The exoplanet is classed as a Super-Earth (planets outside our Solar system that contain masses that are higher than that of Earth’s, but lower than that of the Ice Giants Uranus and Neptune in our own System). Due to its size, close proximity to its star and surface temperature, Gliese 486b might be a planet covered in glowing rivers of lava.

“This is the kind of planet we've been dreaming about for decades,” says Dr Ben Montet, an astronomer and Scientia Lecturer at UNSW Science and co-author of the study.

“We’ve known for a long time that rocky super-Earths must exist around the nearby stars, but we haven't had the technology to search for them until recently.

“This finding has the potential to transform our understanding of planetary atmospheres.”

The study itself, which appears in the journal Science, was conducted by an international collaboration of scientists that form the CARMENES project – which aims to search for and analyse data for low-mass planets that orbit red dwarf stars.

Additionally, the study had a little help from an amateur astronomer who used his backyard telescope in Perth to also confirm the transiting of Gliese 486b, as it moved across the face of its host star.

Gliese 486b resides about 26 light-years away (which, astronomically speaking, is akin to being next door) in the direction of the constellation Virgo, and whilst the exoplanet is an excellent laboratory for astronomers to study, it’s not the friendliest of places to live.

“With a surface of 430 degrees Celsius, you wouldn't be able to go outside without some kind of spacesuit,” said Dr. Montet.

“The gravity is also 70 per cent stronger than on Earth, making it harder to walk and jump. Someone who weighed 50 kilograms on Earth would feel like they weighed 85 kilograms on Gliese 486b.”

The exoplanet also completes an orbit approximately every 36 hours, which indicates that it is very close to its star – many times closer than Mercury is to our Sun.

“The planet is really close to its star, which means you’d really have to watch out for stellar storms,” says Dr Montet.

“The impacts could be as innocuous as beautiful aurorae covering the sky, or they could completely wipe out electromagnetic systems.”

The most exciting, and indeed the central pillar of this new paper, is that the team were able to really delve into what the atmosphere of Gliese 486b was like. By understanding an exoplanet’s atmosphere, astronomers can learn lots of information about the surface, structure, composition, and the ability to support life.

For example, on Earth, we know that the large oxygen content of our atmosphere was the result of photosynthesis (a process certain life forms implement) in which carbon dioxide is absorbed and oxygen is the waste product. So, if an exoplanet has a high oxygen content in its atmosphere, it could be a tell-tale sign that photosynthesis could be occurring. Alternatively, if there is a lack of atmosphere – it might indicate that the nearby host star has blasted it away through lots of flare activity, thereby making it much harder for life to have developed there. This is why atmospheres are especially important to study.

“We think Gliese 486b could have kept a part of its original atmosphere, despite being so close to its red dwarf star,” says Dr Montet.

“Whatever we learn about the atmosphere will help us better understand how rocky planets form.”

The host star, Gliese 486 (also known as ‘Wolf 437’), is a red dwarf star (classed as an M3.5V) – which is much smaller than our own Sun, weighing in at about 32-per cent of its mass and with a radius roughly 30-per cent as big. Its surface temperature is roughly 3,300-degrees Celsius.

Like other red dwarf stars, Gliese 486 is expected to throw out a lot of flares that are considered detrimental to the development of life (as we know it), as these flares can really hamper the atmosphere of the planets that orbit them. The closest star to Earth, Proxima Centauri is also an M-class red dwarf star which is known to lash its orbiting planet, Proxima b, with giant flares as well.

“Red dwarfs are known to have a lot of stellar activity, like flares and coronal mass ejections,” says Dr Montet. “This kind of activity threatens to destroy a planet’s atmosphere.

“Measuring Gliese 486b’s atmosphere will go a long way towards deciding if we should consider looking for signs of life around red dwarfs.”

Finding Planets Outside the Solar System

Currently, the population of exoplanets that have been discovered by an array of different observatories and methods reaches nearly 4,500, all of which are located within our own Milky Way Galaxy. These discoveries have radically changed our understanding, where once we thought our Solar system was unique and special amongst the stars, we now find that nearly every star should have at least one or more planets orbiting it.

In fact, our Solar system might be the weird one, given we have four terrestrial, rocky inner planets and then four large, gas and ice giants, which are spaced out from the Sun in a certain arrangement that we don’t commonly now see amongst exoplanets. Though, this could purely be a product of our own observation bias.

According to NASA, exoplanets come in four main varieties:

“Understanding super-Earths is challenging because we don't have any examples in our backyard,” says Dr Montet.

To find these exoplanets, scientists have devised a number of clever techniques to use, which include (but not limited to):

Due to its relative proximity to us, Gliese 486b presented scientists with two opportunities to study the planet, and in fact, its atmosphere. The first was when it transit in front of its host star, which allowed astronomers to measure the starlight shining through its atmosphere to determine what it was made from. The second was when the planet moved around to the back of the orbit, behind the star, and scientists used the illumination from the starlight this time to measure details of its surface.

In both cases, scientists use a spectrograph – a tool that splits light according to its wavelengths – to decode the chemical makeup of the atmosphere.

“This is the single best planet for studying emission spectroscopy of all the rocky planets we know,” says Dr Montet.

“It's also the second-best planet to study transmission spectroscopy.”

From a backyard in Perth...

One of the most exciting contributions made towards the study didn’t come from professional scientists, but rather an amateur, community science astronomer who has built his own backyard observatory in the suburbs of Perth.

Thiam-Guan (TG) Tan helped confirm the planet by observing the transit of Gliese 486b from his observatory known as the Perth Exoplanet Survey Telescope, or PEST Observatory. And whilst the name of the observatory started off as a bit of a joke, Mr Tan has gone on to assist in the discovery of 70 exoplanets since he set up the backyard telescope.

“I built my observatory more than 10 years ago to see if I could participate in the search for planets,” says Mr Tan. “It has been very satisfying to be able to confirm that a bloke in a backyard can contribute to significant discoveries, such as Gliese 486b.”

“It's an interesting time in astronomy,” says Dr Montet. “TESS is producing all of this data, but it's more information than any person or group can look at.

“Citizen scientists have an opportunity to get involved in testing astronomical data, whether it’s confirming a planet sighting or looking for transiting planets.

“These kind of collaborations between professional and amateur astronomers are really helping advance the scientific field.”

People interested in getting involved in astronomical research can look at the Planet Hunters website, says Dr Montet. TESS data is made available to the community only two months after its collected.

Read the paper in the journal, Science

A nearby transiting rocky exoplanet that is suitable for atmospheric investigat… 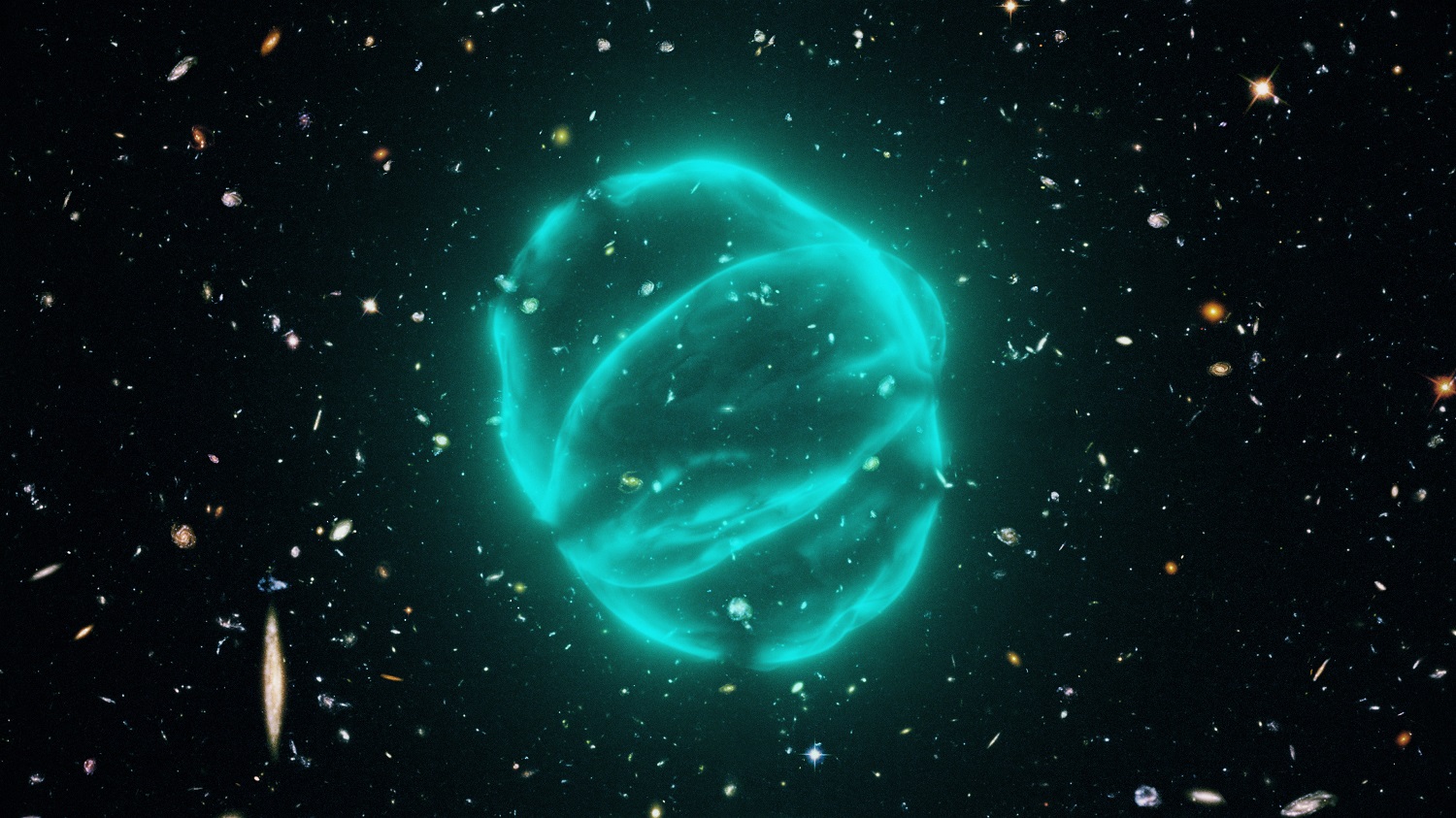