Scientists confirm the second neutron star merger event has been observed by gravitational-wave detectors – and the results are surprisingly different from expectations.

For the second time in history, Australian scientists from the ARC Centre of Excellence for Gravitational Wave Discovery (OzGrav) – working as part of a global collaboration – have observed the merging of two high-mass, compact objects known as neutron stars by studying the gravitational-waves generated by the event. The results were announced at the American Astronomical Society meeting in Honolulu on Monday.

The merger (known as GW190425) was observed by one of the three laser interferometers on 25 April 2019 and produced a new object which appears to have a mass much higher than expected from these types of events.

The primary neutron star’s mass ranged between 1.61 – 2.52 times the mass of our Sun, whilst the secondary neutron star’s had a pre-merger mass 1.12 – 1.69 times. Post-merger, the new object’s mass is roughly 3.4 times that of our local star. The event itself unleashed 1.44 times the mass of our Sun as energy, radiating into space as gravitational waves.

Due to only two of the interferometers being operational at the time of the event (and only a single interferometer detecting the signal), pinpointing where in the sky the event occurred is not possible, but a final Luminosity distant range of 5.186 x 108 – 5.251 x 108 light-years has been estimated by scientists for the event.

Neutron stars are compact objects, mostly not much bigger than a city with a diameter of roughly 20km – and squeezing 3.4 times the mass of our Sun into such a small space makes it extraordinarily dense.

The highest mass single neutron star observed so far, PSR J0740+6620 who’s mass was determined in September 2019, weighs in at 2.14 times the mass of our Sun. It is thought that above 2.16 times the mass of our Sun, the gravitational forces associated with neutron stars overcomes the ability for the compact object to support itself, collapsing into itself to form a stellar-mass black hole.

To further complicate the matter, no stellar black hole has been observed to be less than five times that of the Sun - so these new findings raise interesting questions about our understanding of this middle-ground, known to astrophysicists as the mass gap.

OzGrav Postdoctoral Researcher Xingjiang Zhu says: ‘The combined mass of the merging objects is surprisingly high, much greater than any previously known double neutron star binaries including the one detected in 2017. This provokes us to think about the nature of this event and how the source might have been formed’.

Scientists are now reviewing the findings, considering a number of options such as the merger of a neutron star with a black hole, or the creation of a black hole that falls within the mass gap range. Alternatively, an entirely new population of binary neutron star systems could be responsible for the unusually high post-merger mass value.

In doing so, the centre also intends to generate hype and interest with the Australian public around fascinating topics like black holes, indirectly inspiring young people to participate in STEM-based learning and activities.

How are gravitational waves detected?

The direct observations of gravitational waves have only become recently possible, through the building of large instruments, known as the Laser Interferometry Gravitational-Wave Observatories (LIGO).

Currently, there are three detectors around the world – two are based in the USA and separated by about 3,000km distance (Hanford, Washington, and Livingston, Louisiana) and the third located in Pisa, Italy (known as EVirgo). A fourth detector is expected to come online during the next phase of operations for the collaboration, currently being developed deep underground in Gifu Prefecture, Japan (known as the KAGRA observatory).

The interferometers are some of the most sensitive instruments ever developed by humans – able to detect shifts as small as 1/1000th the width of a proton. This is achieved by firing lasers along two perpendicular vacuum shafts for 4km, where a special mirror reflects the light back to detectors.

“This detection manifests the importance of continuous improvement of the already amazingly sensitive gravitational wave detectors, as this event would not have been observable prior to the latest upgrades. OzGrav played a vital role in these upgrades, one of which involved reducing the quantum noise in the detectors” said OzGrav Postdoctoral Researcher Vaishali

Gravitational waves squeeze and stretch the Earth (and everything on it, including humans) but do so by extremely small amounts. As gravitational-waves pass the observatories, the detectors are sensitive enough to register this change and record the event.

By having a number of detectors at different locations, the collaboration is able to rule out any localised disturbances (including Ravens walking on the vacuum tubes) and also better localise the source of the event in the sky.

Neutron stars have fascinated scientists (and Sci-Fi writers) for decades. They are classed at the extreme end of objects within our universe, in that they logically defy our comprehension of everyday physics – especially the familiarity of gravity, that surrounds us.

Neutron stars are formed during the violent deaths of massive stars, much bigger than our Sun. Depending on the original mass of the progenitor star, a number of different remnants can occur at the end of the star’s life.

Stars like our Sun will puff off their outer layers, leaving a white-hot core about the size of Earth behind, this is known as a White Dwarf.

For more massive stars, the force of gravity is great enough to push electrons and protons together, creating a smaller, city-sized star – the neutron star. These objects are extremely massive and dense, with a teaspoon of the star’s material weighing approximately 10 million tonnes - roughly the size of a cube of Earth with edges of about 800m.

Due to this density, neutron stars have enormous gravitational fields – about 200 billion times stronger than Earth’s. They also have powerful magnetic fields and rotate rapidly, some tens of thousands of times per second – both effects the result of the inward collapse of the progenitor star during the supernova.

Some neutron stars emit beams of radio waves from their poles, which sweep past the Earth like a lighthouse beam sweeping across a dark ocean. These are known as pulsars and astrophysicists have been able to measure the spin of these objects with extreme accuracy.

Lastly, when the progenitor star is very massive the inward collapse of the core does not stop at the generation of neutrons but keeps going to the point where that star becomes a black hole – a region of space with infinite density, where not even light can escape.

For this reason, black holes cannot be observed directly but their effect can be studied in detail. For example, the accretion disk of swirling matter, as it spirals at high velocities around the black hole can give off x-rays which can be observed. Or the speed at which a high mass object, like a companion star, orbits an invisible object can tell us about the mass of that object.

Since 2015, the tell-tale signature has come from the gravitational waves emitted by the merger of two in-spiral black holes. The information contained within the data picked up by the interferometers can provide context around the mass of each black hole prior to the merger, their spin rates, the mass of the post-merger black hole and the energy the whole event radiates into space.

On the 17 August 2017, the LIGO detectors observed an in-spiral gravitational-wave signature, that was not the same as that produced by two black holes merging. This new signature (known as GW170817) lasted much longer and described the masses of two compact objects, much smaller than stellar-mass black holes, merging together.

It was the first observation of two neutron stars merging, in an event known as a Kilonova.

Given that Kilonova events don’t involve black holes, an electromagnetic (EM) counterpart can be observed, if the localisation of the gravitational-wave event is good enough to point electromagnetic telescopes towards the region.

This was just the case for GW170817. After the event was localised using the LIGO detectors, global telescopes turned their eyes towards the region and witnessed the electromagnetic signature of a Kilonova – a short-duration gamma-ray burst (GRB 130603B), followed by the light-curve indicating that radioactive decay was occurring around the ejected material – a result that for the first time confirmed that these large scale violent events produce (through nucleosynthesis) the chemical elements heavier than iron (such as Strontium, Gold, and Platinum).

Unfortunately, the poor localisation of GW190425 meant that EM telescopes could not find the afterglow of the Kilonova, but this surely would have occurred – once again unleashing extraordinary amounts of energy into the Universe and producing huge quantities of heavy elements – that one day will seed other stars and solar systems, and planets like Earth.

OzGrav Associate Investigator Greg Ashton said “This event was really interesting. The chirp-like signal was seen by two of the three detectors for about 128 seconds before the final merger. Unfortunately, one of the detectors was not observing at the time, which meant that the sky localization was poor. Perhaps because of this, and because it was so far away, no electromagnetic light was observed from this event. Nevertheless, we saw it very clearly in the gravitational wave data and could use that to calculate the masses, spins, and orientations of the objects”.

“Additional exciting and unexpected discoveries can be expected as the sensitivity of the LIGO detectors improves. OzGrav is working closely with LIGO to improve their sensitivity, developing new instrumentation and analysis techniques”, said Professor Peter Veitch, University of Adelaide OzGrav Node Leader

The real excitement amongst scientists for this event is the resultant mass being much higher than previously observed.

OzGrav postdoctoral researcher Simon Stevenson said “This event is a perfect example of how gravitational-wave astronomy is a completely new and unique way of looking at the Universe. Binaries with similar masses to this event may not exist in the Milky Way or may be completely invisible to conventional radio telescopes”.

Could this discovery lead to finding a black hole within the elusive ‘mass gap’ region – created from two neutron stars? Or Will GW190425 tell us something new about the types of binary neutron star systems that can and do exist?

In every possible scenario – potential new science awaits discovery as astrophysicists explore the inner workings of some of the most violent events that occur in our universe, to some of the most extreme objects.

The paper, titled ‘GW190425: Observation of a Compact Binary Coalescence with Total Mass ∼ 3.4 M⊙’ is available 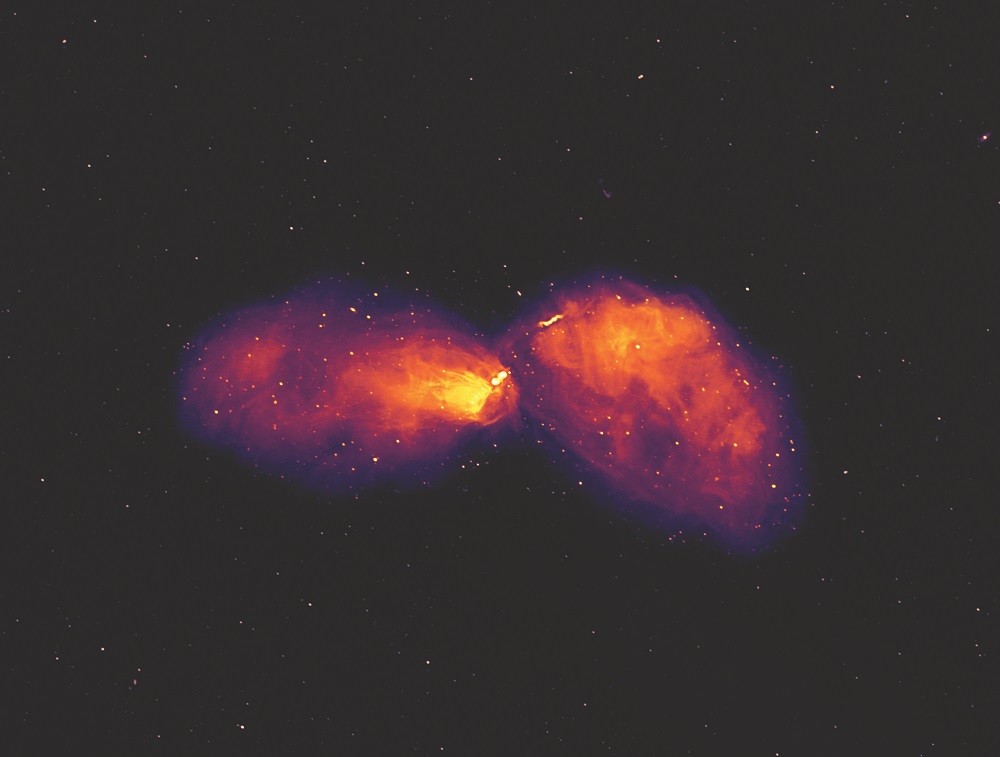 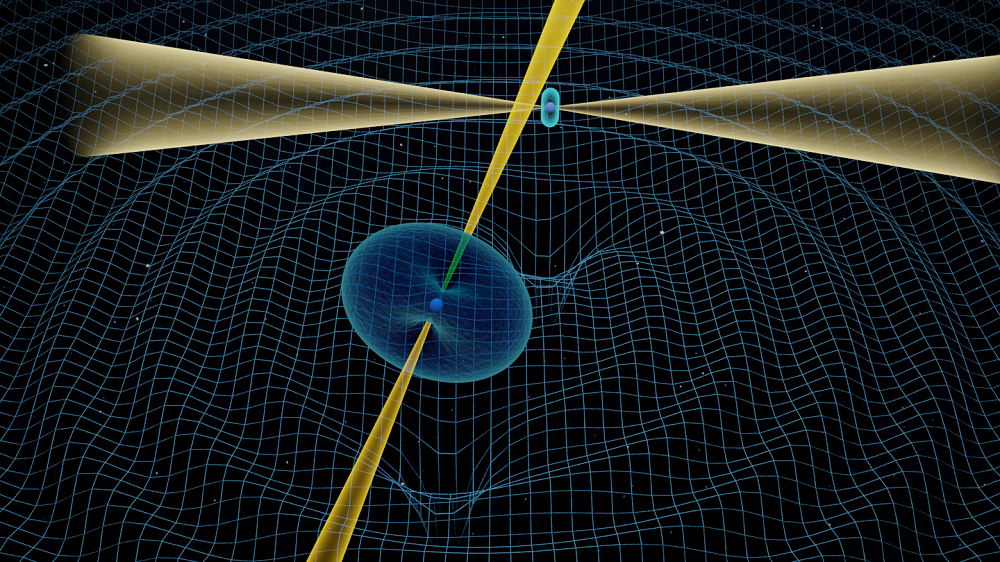 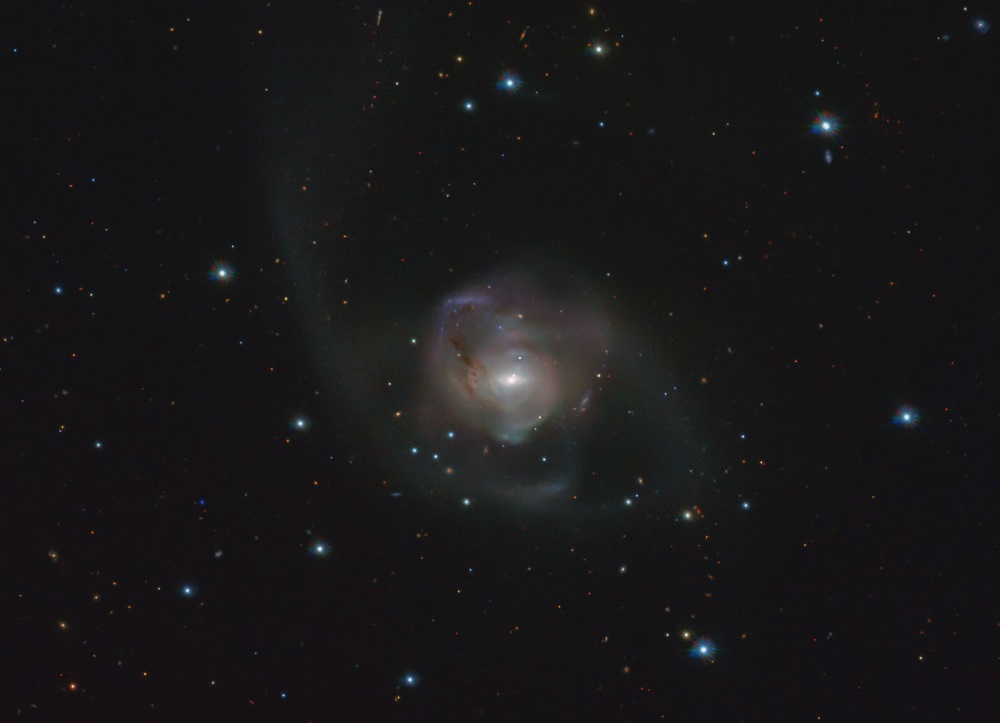